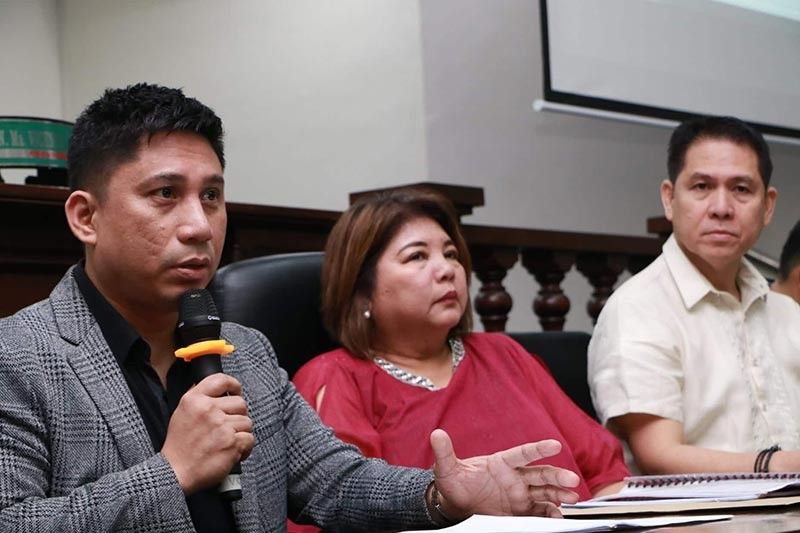 PAMPANGA. From left, Angeles City Councilor Joseph “PG” Ponce, chairman of the Committee on Human Rights together with Sangguniang Panlunsod presiding officer Vice Mayor Vicky Vega-Cabigting and Deputy Majority Floor Leader Councilor Jay Sangil held a press conference on Tuesday, September 3, 2019, as they revealed that an employee of the City Social Welfare Department is being charged with sexual abuse. (Photo by Chris Navarro)

AN EMPLOYEE of the City Social Welfare Department (CSWD) in Angeles City has been charged with alleged sexual abuse or violation of Republic Act 7610 or the Anti Child Abuse, Exploitation, and Discrimination Law.

In a press conference at the Sangguniang Panlungsod (SP), Councilors Joseph Ponce and Jay Sangil identified the employee-suspect as one Ferry De Guzman Pangilinan, a so-called “house parent” at the CSWD Home for the Boys at Barangay Sta. Teresita here.

Ponce is the chairman of the SP Committee on Human Rights. Also present during the press conference were Vice Mayor and presiding officer Vicky Vega-Cabigting and majority of the councilors.

Ponce said Pangilinan now faces charges before the Office of the City Prosecutor for alleged abusing one of the victims who is a former ward of Pangilinan at the said facility.

He said they received reports that at least three victims have been allegedly abused by Pangilinan but only one went to the police to file a complaint. The name of the victim and complainant-mother were withheld for protection.

A joint investigation by the SP and the Office of the City Mayor is now ongoing to determine accountabilities of the CSWD officers and staff.

Ponce said Mayor Carmelo “Pogi” Lazatin, Jr. personally went to the facility to check on the welfare of the wards.

A copy of the complaint filed August 30, 2019 at the City Prosecutor’s Office showed that Pangilinan allegedly performed oral sex on the victim on the night after a Christmas party was held.

The victim said he agreed to the act in exchange for his early release from the facility. The victim was staying there as part of a group of Children in Conflict with the Law (CICL). The councilors did not elaborate on exact reasons for his stay at the facility.

Prior to the alleged molestation, the victim said his private part was allegedly fondled on many occasions. The complaints show that the alleged sexual abuse happened between December 2018 to January 2019.

For his part, Sangil said that the “CSWD must be saved from sinking.”

Sangil also questioned the officers of the CSWD on what disciplinary action they have taken on this case.