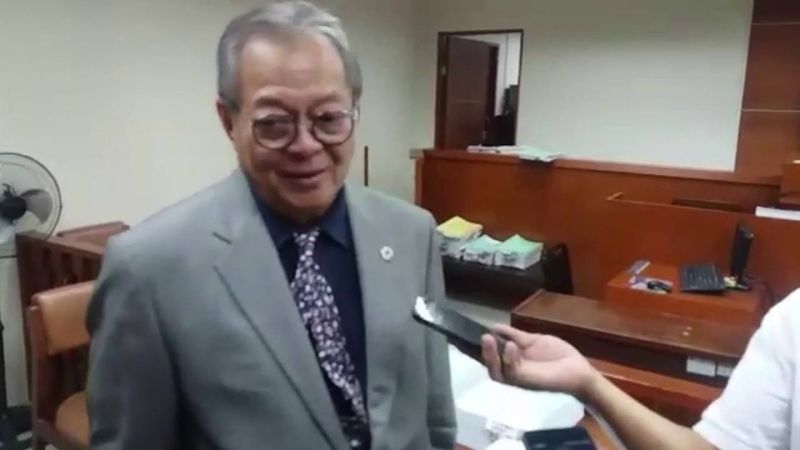 JOSMAN Aznar may have survived a hard life behind bars, but now that he’s out, his lawyer fears for his life.

“This is because we have had experiences that we can only describe as condemnable,” Atty. Edgar Gica said in Cebuano, referencing media accounts of drug suspects turning up dead immediately following informal statements from the President wanting drug suspects dead.

President Rodrigo Duterte gave the more than a thousand convicts released by the Bureau of Corrections (BuCor) on the basis of the Good Conduct Time Allowance (GCTA) 15 days to surrender or a P1 million reward might be released for their recapture dead or alive.

He also sacked BuCor head Nicanor Faeldon who is presently the subject of a Senate fact-finding inquiry that has already uncovered the release of thousands of other heinous crimes convicts, including Aznar, Alberto Caño, and Ariel Balansag, three of the seven persons convicted over the Chiong case.

The inquiry was triggered by the preempted release of rape convict Antonio Sanchez also on the basis of GCTA.

Gica said the application of the GCTA unto Aznar’s sentence of reclusion perpetua and death (later made reclusion perpetua following the repeal of the death penalty law in 2006) means Aznar and his other co-accused have served their punishment.

While still insisting that the case against his client was baseless, to begin with, Gica said justice has already been served “in the eyes of the law.”

“This young man should now be allowed to rebuild his life,” Gica said of Aznar, adding that hunting for him now is like accusing him of the same crime again.

“Why should the public be looking for him? Why should anybody be looking for them?” he posed, referring to Aznar, Caño and Balansag. “They have served their sentence. They have gone home and have a right to be left alone,” Gica said.

Caño and Balansag were said to have been the driver and drivers’ assistant respectively of the white van allegedly used to bring Jacqueline and Marijoy Chiong to Carcar where they were supposedly raped and killed. Only one body was found.

The other co-accused are Juan Francisco “Paco” Larrañaga, who is serving his sentence in Spain following a prisoner swap agreement in 2009, Rowen “Wesley” Adlawan, James Andrew Uy and his brother James Anthony Uy, whose names did not crop up as GCTA beneficiaries mentioned by Sen. Panfilo Lacson in the ongoing fact-finding investigation.

Gica was Aznar’s lawyer for the entire duration of the kidnapping and serious illegal detention case against him and six others and was even sent to jail by the presiding judge, the late Martin Ocampo, for contempt.

The other lawyers for the other accused were Raymundo Armovit, Ramon Teleron, Fidel Gonzales, Alfonso dela Cerna, Lorenzo Paylado, and Eric Carin.

As tough as it was to defend the accused then, Gica said securing Aznar and the other GCTA beneficiaries will be even tougher.

He maintained that, as it stands, he cannot go to court to seek protection for his client from those who might want to claim the P1 million bounty “dead or alive” because all the President did was issue a statement.

“Is that public declaration of President Duterte something we can go to court with? That’s doubtful,” Gica said.

To go to court, he maintained, there must be some overt act. And that overt act is something that they specifically wish to avoid in the first place.

“But I also don’t think the police will also act on that verbal order,” he said.

He hopes that the statement was merely “spur of the moment.”

Still, he added, “when anything which is not usual, not normal, and can cause evil happens, it can generate fear,” he said.

Gica said he has not heard anything from Aznar, particularly since his purported release. He said he cannot even confirm if he was indeed released, saying he only read about the issue in the newspapers.

But Gica said when lawyers accept clients, the relationship is for life, unless there is an overt act that terminates it. And since there has not been one between him and Aznar, Gica said he still considers Aznar his client.

“My advice to my client, he said, would be to connect with the others and try to secure from the President a categorical position that (the release of all GCTA beneficiaries) was the product of recklessness and negligence on the part of officials of the executive and that the government should suffer its consequence,” he said.

It is unjust, he said, to blame the beneficiaries for the outcome of the acts of executive officials like Faeldon.

Moreover, he said, herding the beneficiaries back to jail violates not only their civil rights under the Constitution, but also the laws of the land. Likewise, he said, it erodes public trust in the institutions of government.

“The President cannot order the re-arrest of the beneficiaries. Only the Supreme Court can do that following a legal determination that their release was null and void,” he said.

“The President and all public officials have the legal and moral obligation to make the people understand,” he said, referring to processes that are inherent in a system of government-of-laws.

Gica plans to meet with the Cebu Lawyers for Unity and Brotherhood, a group of lawyers which he heads.

He said he wants to explore what the group “can contribute” to making the process of the GCTA understandable to the public.

He lamented that the senators present in the fact-finding investigation might be framing the narrative to suit more populist intentions.

There have, he said, not been many details that can spur public understanding on how the correction system works, when and why laws can have a retroactive effect when it is beneficial to an accused, and how intermediate sentencing operates. (Karlon N. Rama)