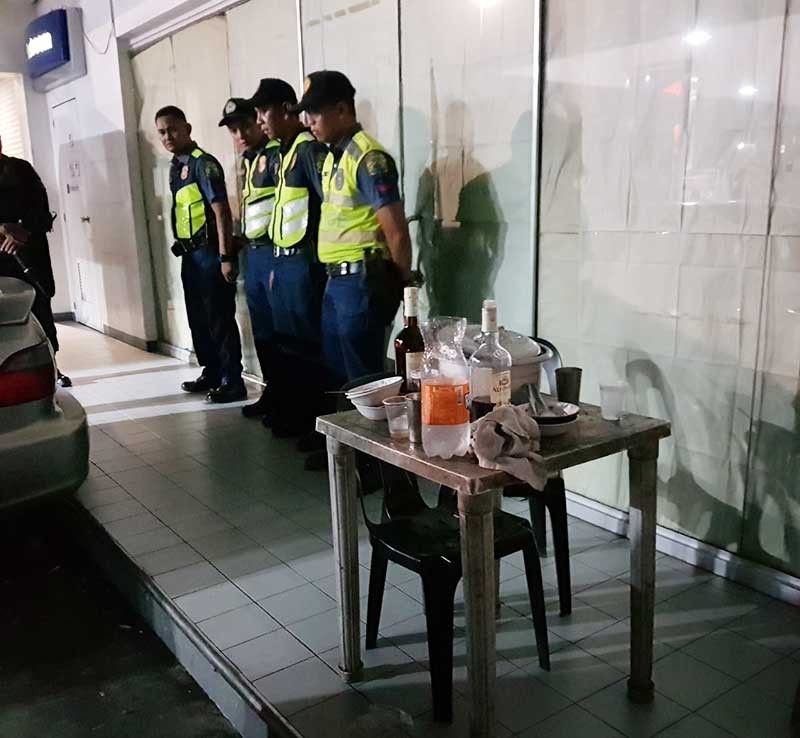 MANILA. Four policemen were ordered relieved after they were caught drinking on duty early morning of September 6, 2019. (Photo from NCRPO)

The four cops were caught having a drinking session at a gasoline station along Alabang Zapote Road while on checkpoint duty during a surprise inspection around 2 a.m. by the regional IAS headed by Galvan.

Violation of such order is tantamount to grave misconduct which is punishable by dismissal from the service. (SunStar Philippines)