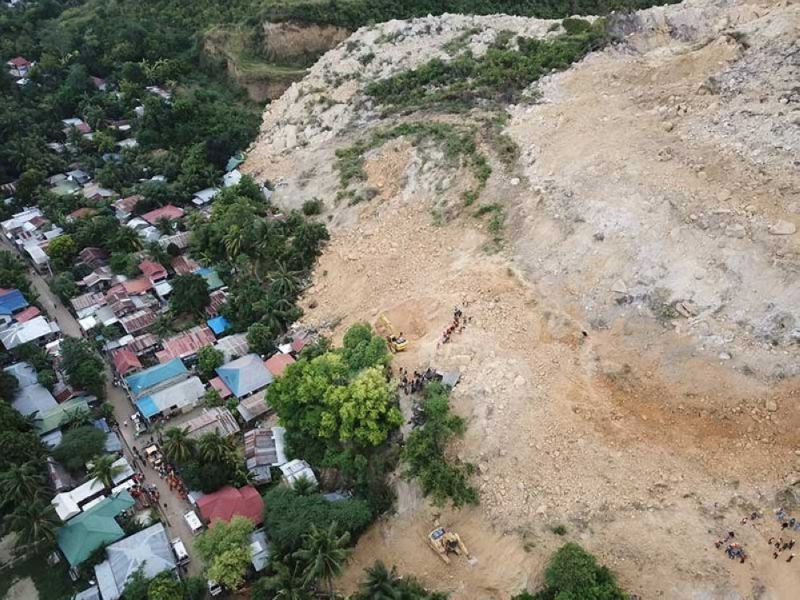 PRESIDENT Rodrigo Duterte announced Friday, September 6, that permanent housing projects for victims of the 2018 Naga landslide, Tropical Storm Sendong in 2011 and the 2013 Zamboanga City siege would be free.

Duterte made the announcement during the groundbreaking ceremony and time capsule laying for the Naga permanent housing project in Cebu, almost one year after the deadly landslide that took around 80 lives.

In his speech delivered during the event, Duterte directed the National Housing Authority (NHA) to give the housing units in the Naga permanent housing project as a "gift" to the landslide victims.

"This event is a fulfillment of our promise to provide an affordable and sustainable resettlement site for the victims of the landslide that happen here in September last year. That unfortunate incident, which affected five barangays, claimed 100 lives, and displaced almost 2,000 families, was a wakeup call for all of us," the President said.

(I am ordering everyone in government who are listening to me now and even those who have difficulty in hearing. Listen very carefully. A house and lot will be given to all of you for free.)

His directive also covers the housing projects for "families affected by Sendong and those in Zamboanga, where there was chaos".

Duterte noted that each beneficiary of the government's housing projects need to pay P400 a month.

The Chief Executive said the housing units will be given to victims free of charge, stressing that it is the government's job to rebuild the lives of landslide victims and their families through the provision of housing and other necessary assistance. (SunStar Philippines)