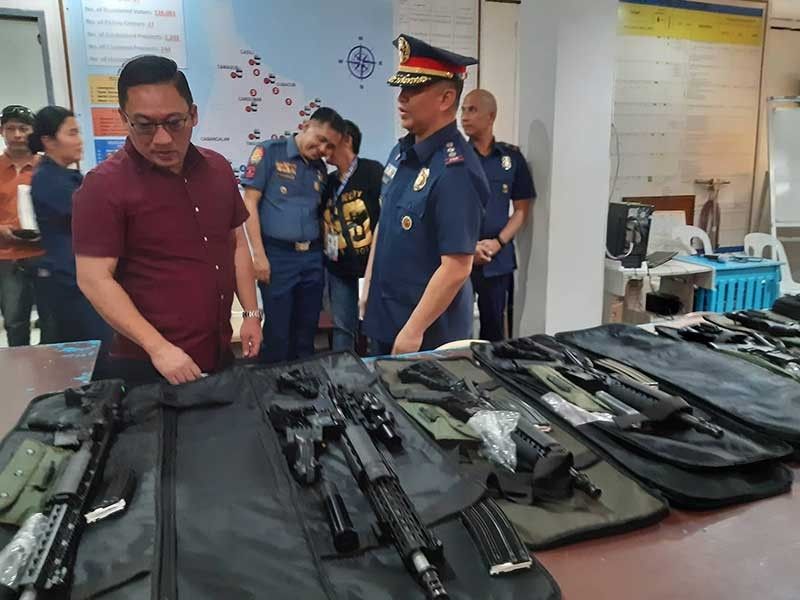 For peace and order. With these long firearms, Mandaue City Mayor Jonas Cortes hopes the peace and order situation in the city will improve. (SunStar Photo/Arvie Veloso)

MANDAUE City’s police force received some P3 million worth of high-powered firearms from the City Government, as Mayor Jonas Cortes asked them to improve police visibility throughout the city.

During the turnover ceremony, he said the police should improve the deployment of its personnel in different parts of the city to ensure peace and order.

“I’m happy with the police visibility in the city, but we need to improve it. We have to work together to achieve this,” Cortes said.

The mayor also promised that City Hall will provide the police with brand-new vehicles and two-way radios before the year ends.

He said he hopes the police will use the firearms and other equipment the City donated to improve its response to crime incidents.

For his part, MCPO Director Jonathan Abella thanked the mayor for the support the the City has extended to the police.

He also accepted Cortes’ challenge to improve the peace and order situation in the city by increasing police visibility and improving the communication among police units.

Abella said the firearms would help them in their operations, especially since drug personalities these days are armed.