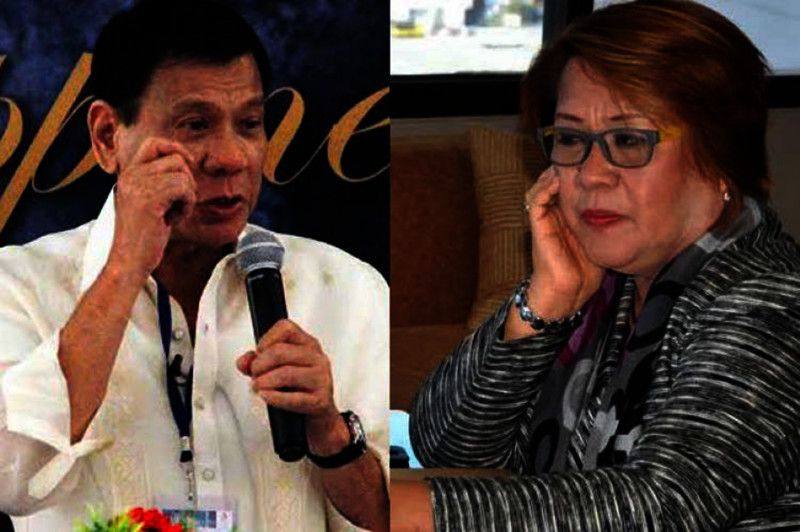 PRESIDENT Rodrigo Duterte admitted Friday, September 6, that he was behind the transfer of 10-high profile inmates, including some who testified against detained Senator Leila de Lima, from the New Bilibid Prison (NBP) in Muntinlupa City to the Philippine Marines in Taguig City.

In a speech delivered in Naga City, Cebu, Duterte said he ordered the transfer of the high-profile inmates to ensure their safety and security, as he claimed that De Lima still has lackeys at the national penitentiary.

One of the inmates reportedly moved to the Marines’ barracks is convicted drug lord Peter Co who testified against De Lima’s supposed drug links during her stint at the Department of Justice (DOJ).

Other convicts who testified against De Lima and are also now under the custody of the Philippine Marines are Hans Anton Tan, Jojo Baligad, Vicente Sy, Froilan Trestiza, Nonilo Arile and Joel Capones.

The three other inmates transferred to the Marines barracks are Chue Che Ket, Rico Caja, and Allan Senogat.

Duterte revealed that he had pardoned or commuted the sentences of some of the convicts whom he failed to identify.

(I’m telling you now. It was me. I was the one who gave the orders. There were people whom I pardoned and there were those whom I sentenced to... It’s given in the Constitution. The power to commute and to pardon is absolute. It’s just my discretion.)

(Did I release them or pardon them? That’s mine. You do not question because the Constitution says it is an absolute power. It doesn’t involve the Congress.)

De Lima has been detained at Camp Crame in Quezon City since February 24. 2017 for her supposed involvement in the proliferation of drug trade in the national penitentiary when she was the head of the DOJ.

The tiff between Duterte and De Lima began when the former Justice secretary had linked him to the vigilante group Davao Death Squad when she was the chairperson of the Commission on Human Rights.