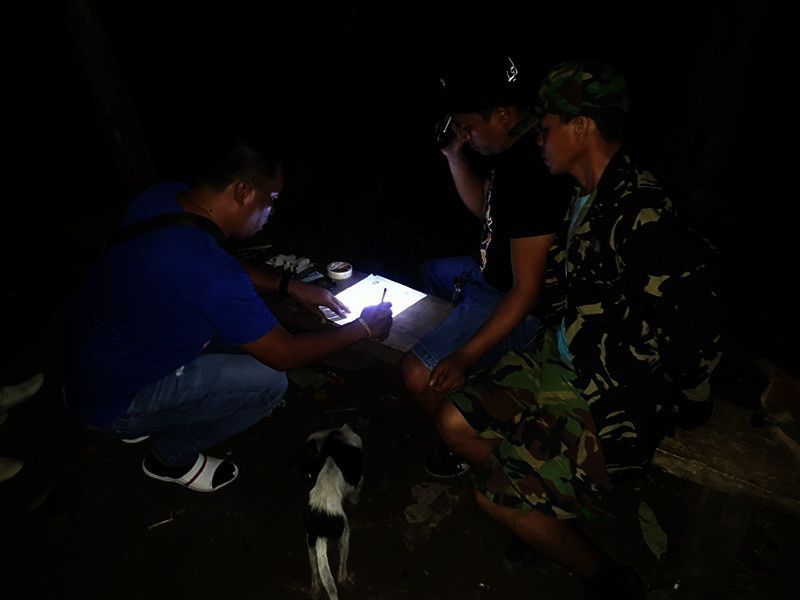 CAGAYAN DE ORO. The father (in military uniform) who allegedly rapes his own daughter looks at the inventory of the police upon his arrest on Friday. Authorities say the suspect started abusing his daughter since she was 8. (Police Station 6)

Police identified the suspect as “Gilbert”, 39, who later admitted that he had repeatedly raped his daughter since she was only eight years old.

Mantala said it was the victim who rushed to the police station, barely dressed, to report his father who was about to rape her again that day.

The suspect, upon arrest, presented an identification card and introduced himself as a member of a group called Philippine Military Intelligence Group and showed his gun along with a handcuff he allegedly owns.

Confiscated from the actual possession and control of the suspect were an S and W 357 magnum revolver, six live bullets, an identification Card of PHIL-MIG , a handcuff and a wallet.

Mantala said they are set to file the cases today.

Meanwhile, the child is now under the custody of his grandmother.

Based on a physician’s examination, traces of semen were found in the victim’s private part.

The military for its part, denied that the suspect belongs to the army.

Captain Reggie Go, spokesperson of the 4th Infantry Division said the organization could only be made up by the suspect.