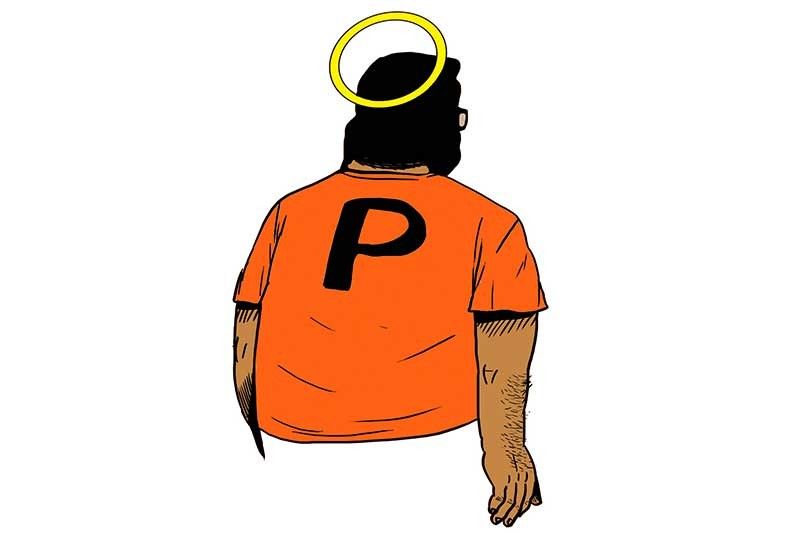 ANTONIO Sanchez was 47 and the town mayor of Calauan, Laguna on the night he raped Mary Eileen Sarmenta and then handed her over to his men. Sarmenta was 21. Her friend Allan Gomez was 19.

Time stopped for Sarmenta and Gomez that night in June 1993. One of the mayor’s aides later testified that Sarmenta, after being raped in the back of a van by six of the mayor’s men, begged them to spare her life. They gagged her and shot her in the head.

They had gotten rid of Gomez earlier. They beat him up, hit him with the butt of an automatic rifle, and on their way to the village where they raped Sarmenta, they dragged him out of the van and shot him. A few hours before that, Gomez and Sarmenta had sat inside a Tamaraw van, and what they talked or thought about, no one can honestly claim to know now. And then Sanchez’s men came for them.

In the 24 years that he has been imprisoned for this case, Sanchez was mostly forgotten, except for the occasional mentions in news reports, documentaries and one movie, now also forgotten. This Thursday, Sept. 12, it will be exactly 26 years since Sanchez first told the court he was innocent.

The idea that Sanchez nearly walked out of jail 19 days ago disgusts a lot of people because his story was that rare thing: proof that even the wealthy and well-connected can be made to pay for their crimes. Sanchez has served 24 years out of a potential 40, and he was not supposed to walk out until the year he’ll turn 89.

Now, this is not the only question we can ask about the controversy that again surrounds the convicted rapist and murderer, but it is the most personal one: Do you believe that persons, no matter how heinously they’ve acted in the past, can change for the better?

Let’s be clear. I don’t think Sanchez deserves early release based on the Good Conduct Time Allowance Law. Early release on good behavior isn’t supposed to be available to persons who’ve been convicted at least twice. Apart from his conviction in the Sarmenta-Gomez case, Sanchez was also convicted of the murders of Nelson and Rickson Peñalosa, a father and son who had chosen to support one of the mayor’s political rivals.

You would need to have an extremely forgiving definition of good behavior to apply it to someone who, at least twice, had been allegedly found in possession of illegal drugs while behind bars—including a batch concealed inside an image of the Virgin Mary.

The rules for applying good conduct time allowances are strict. In a manual the previous administration’s justice and interior departments had written, inmates couldn’t qualify for good behavior during any month when they committed any of 49 misdemeanors, which include loitering and “making frivolous or groundless complaints.”

But while Sanchez may not qualify for early release on good behavior, surely some of the 11,000 individuals (by the corrections bureau’s estimate) deserve it. Think of the detainees whose cases dragged for years because they couldn’t afford a good lawyer or lacked useful connections to former first ladies and presidential appointees. Think of the detainees who may have been caught as fall guys, taking the place of other mayors who violated the law as Sanchez did.

When Republic Act 10592 became a law six years ago, the hope was that it would decongest the country’s overcrowded prisons and, more importantly, give reformed detainees and prisoners a second chance. As naïve as it sounds now, it was a statement of faith in each individual’s ability to change and to repair the harm he or she has done.

Instead, what confronts us now is the possibility that the public’s outrage will gather more support for restoring the death penalty, never mind the lack of evidence that it brings down murder and homicide rates. Whoever tried to bend the rules in Sanchez’s favor accomplished that. He or she has also condemned thousands of others who probably do deserve early release on good behavior and sincere change.