No need to celebrate arrival of Christianity in the country: Duterte 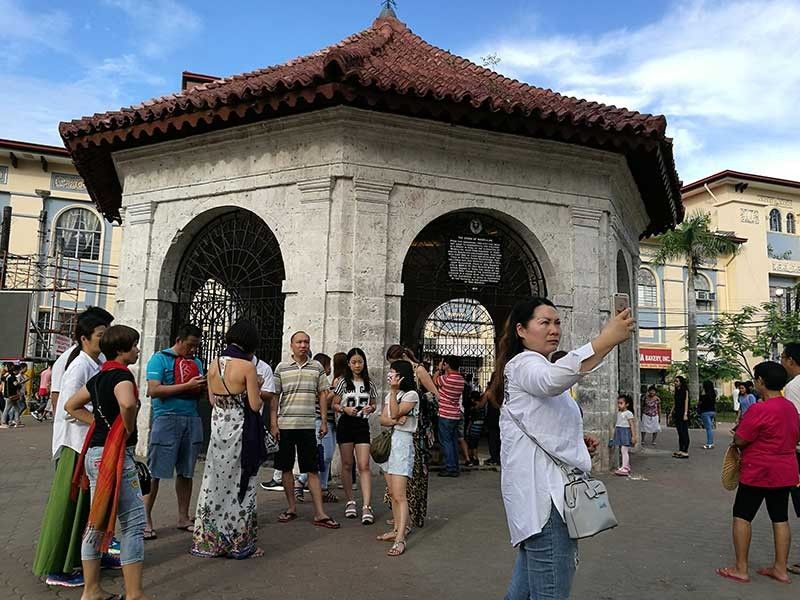 CRADLE OF CHRISTIANITY. Local and foreign tourists flock to the Magellan’s Cross in Cebu City. The spot has become synonymous with Cebu as the cradle of Christianity of the only predominantly Roman Catholic country in Asia. (SunStar Photo/Arni Aclao)

PRESIDENT Rodrigo Duterte stands pat that there is no need to celebrate 500 years of Christianity in the country in 2021.

“Why would I celebrate the arrival of the Spanish here? Why would I?” Duterte said in a speech during a groundbreaking ceremony for a permanent housing project for landslide survivors in the City of Naga, Cebu on Friday, Sept. 6, 2019.

It was in 1521 when Portuguese explorer Ferdinand Magellan, sailing from Spain, arrived in the archipelago and introduced Christianity.

He lamented that he personally did not see the need to remember the period in Philippine history when the Filipino people were colonized.

“You know, they came to this country as imperialists. We are not Spanish and they subjugated us for 300 years. That’s painful for me... And yet I was asked for a commemoration for the 500 years since they arrived here,” Duterte said.

“When Magellan arrived here, he brought with him cannons and a cross, so we became Christians. We didn’t have a religion back then. But because they brought the cross, religion, cannons and guns, the natives yielded. They were scared,” he added.

Sought for comment, Gov. Gwendolyn Garcia said she understands where the President was coming from.

“I think he has a point. The President really is so Filipino,” she said.

Garcia said preparations for celebrations were spearheaded by the National Commission for Culture and the Arts (NCCA), during her stint as third district congresswoman.

At present, the governor said the Provincial Government is still on a “wait-and-see” status.

“But in whatever way that the Province can help, of course motabang ta sa (we will help the) City. Although, murag (it seems that) the President has spoken. We will take our cue from there,” Garcia said. (RTF)