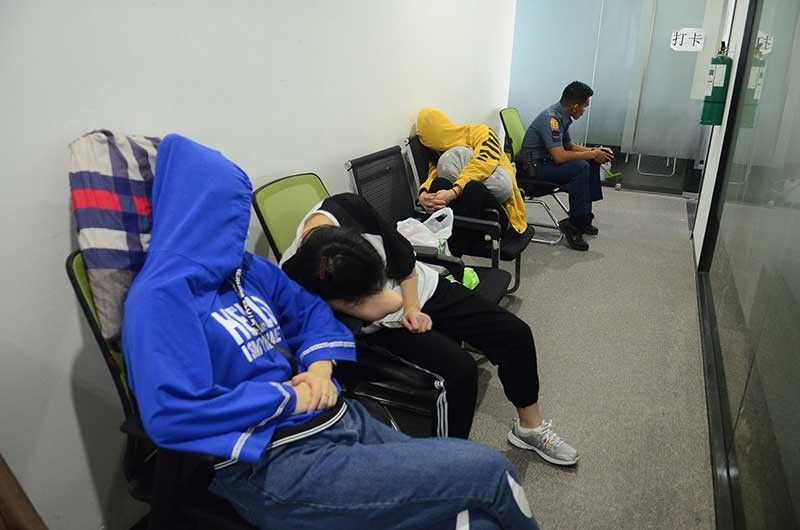 NO PERMIT. When the raiding team asked the foreign nationals to produce a permit for their online gaming operation, they said the suspects could only come up with an accreditation for Business Process Outsourcing. (SunStar Photo/Alan Tangcawan) 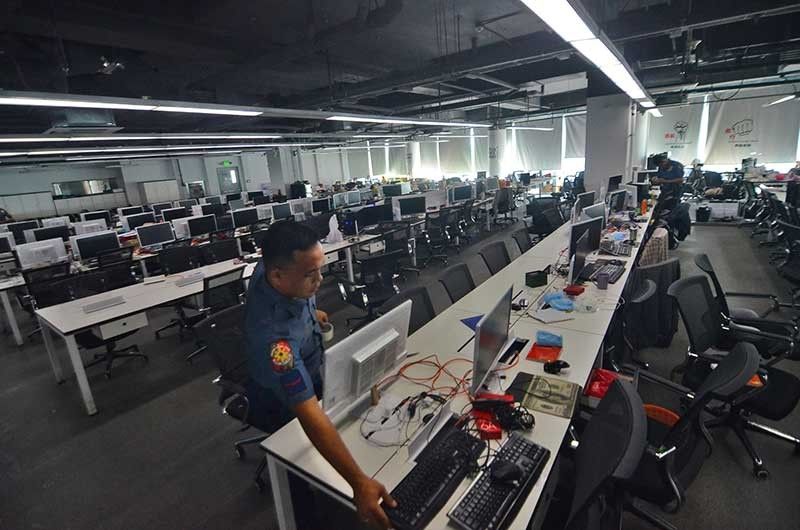 ILLEGAL ONLINE GAMING OPERATION: A foreign Business Process Outsourcing firm in Lapu-Lapu City turns out to be a front for an alleged illegal online gaming operation. A raid on the establishment Saturday morning, leads to the arrest of 200 foreign nationals. (SunStar Photo/Alan Tangcawan)

EIGHT months of surveillance by the Criminal Investigation and Detection Group (CIDG) 7 led to the arrest of some 200 foreign nationals allegedly operating an illegal online gaming in an establishment in Lapu-Lapu City Saturday morning, Sept. 7, 2019.

According to CIDG 7 Chief Hector Amancia, the suspects have been operating for at least a year.

“We conducted a surveillance and then we tried to elicit some information until such time that our informant was really able to confirm their illegal gambling activity here. The monitoring lasted for six to eight months since we could not easily gain access here,” Amancia said.

He said offshore online gaming utilizes gambling websites as its platform. Its bettors have to log on to such website to place bets.

When asked of necessary operating permits, Amancia said the foreign nationals were not able to present anything.

“Such operation requires permit coming from the Pagcor (Philippine Amusement and Gaming Corp.). In so far as what they have presented to us, they do not have a permit, but it is more of an accreditation for Business Process Outsourcing (BPO),” he said.

Amancia said they are verifying the foreigners’ records, including their passports, to identify their nationalities.

A security guard of the establishment, who requested anonymity, said the foreign nationals observe shifting duties.

Amancia said they will have to evaluate the case to determine whether the owner of the establishment will be held liable.

The arrested personnel were brought to the CIDG 7 office to be booked and documented.

They will face charges for violating Presidential Decree 1602 (Prescribing stiffer penalties on illegal gambling) in relation to Section 6 of Republic Act 10175, or the Cybercrime Prevention Act of 2012.

Members of the Regional Mobile Force Battalion 7 also helped during the raid.

Meanwhile, Lapu-Lapu City Mayor Junard “Ahong” Chan said that some of the online gaming establishments, which have been raided by authorities, have discrepancies in their declared income tax.

While the raid was ongoing, Chan instructed inspectors of the Lapu-Lapu City Treasurer’s Office (CTO) to check the gaming facility’s permits and to investigate the income declarations of online gaming operators in Barangay Mactan.

Chan said he will wait for the result of the police investigation on the violations committed by the online gaming operation that was raided on Saturday.

He also wanted to check if violations were also committed by the building management, which leased the space.

The mayor said he heard about online gaming operations in Barangay Mactan, but he was not aware if these had necessary permits since these had been operating before he was elected mayor. (WBS, GCM of Superbalita Cebu/MVG)