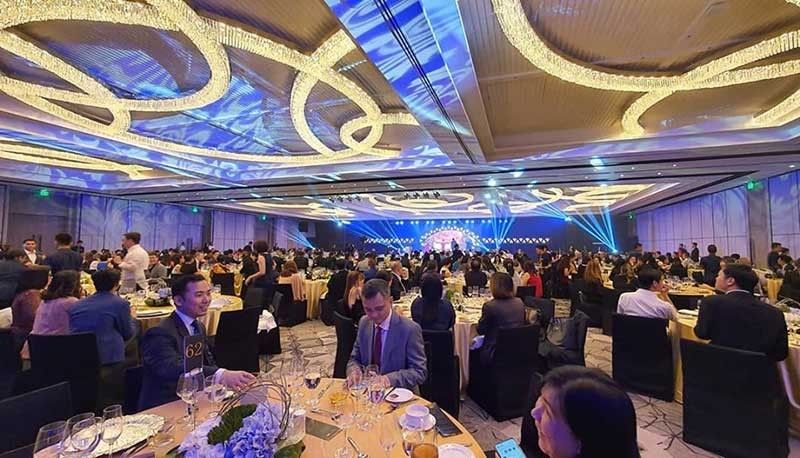 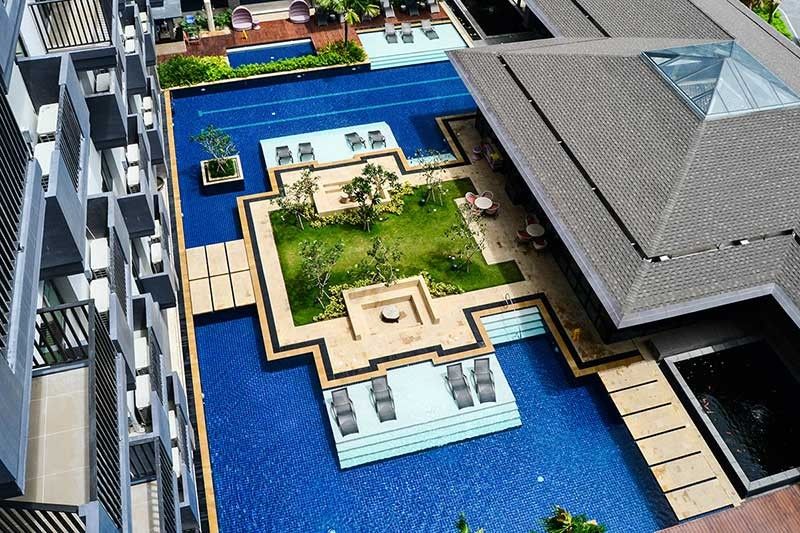 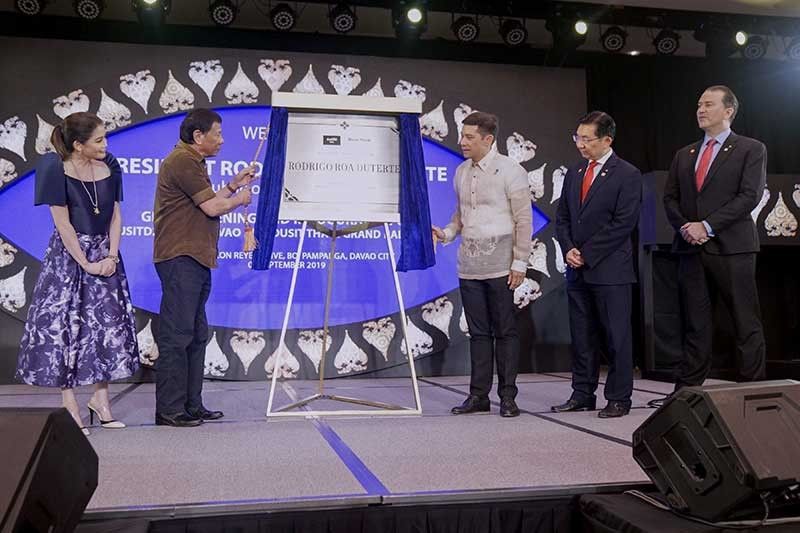 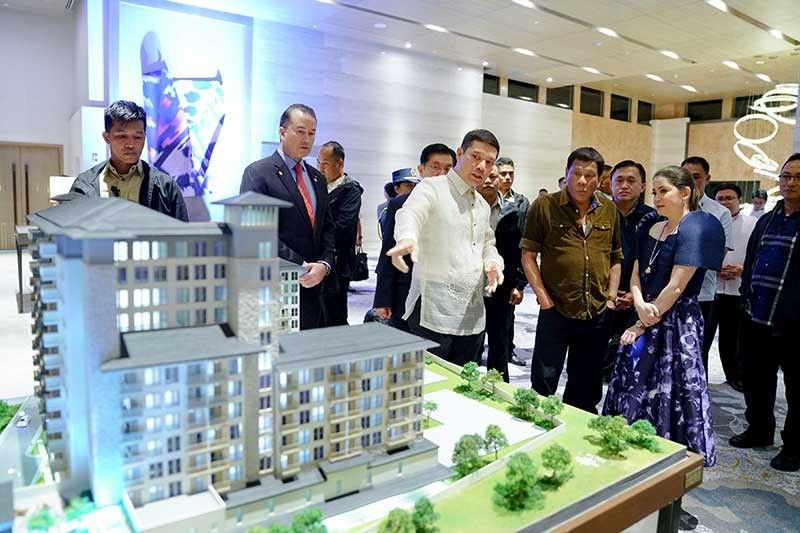 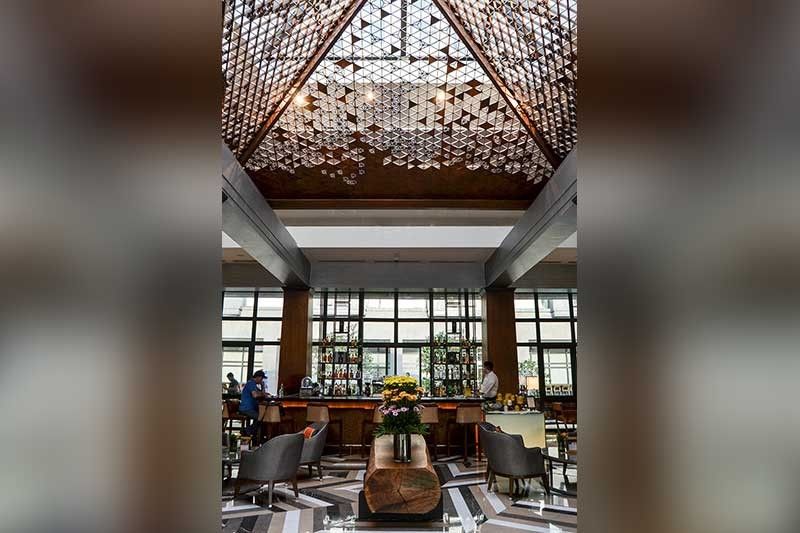 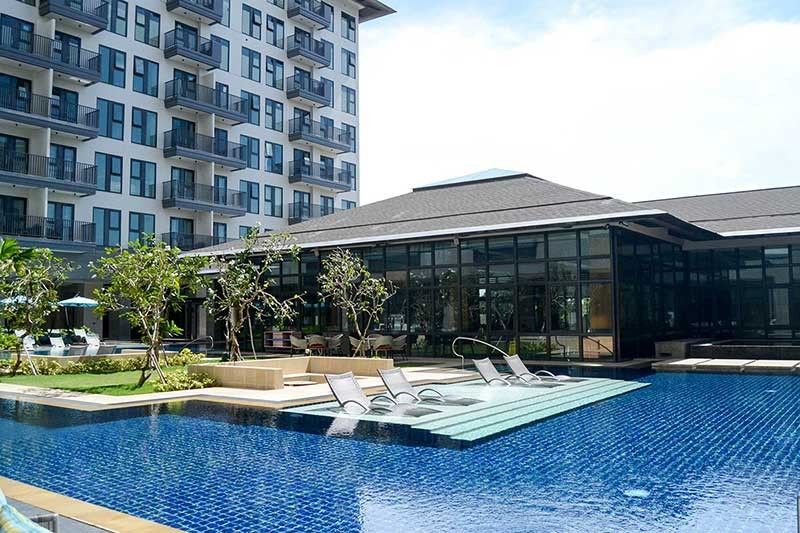 THE holding area of the Dusit Thani Grand Ballroom was filled with foreign dignitaries, government officials, company executives, politicians, and entrepreneurs on a rainy Friday night.

With 120 hotel rooms that reflect the elegance, simplicity, and comfort that define the Dusit signature style, Wichlan said dusitD2 Davao will provide guests with an “unmatched level of service.”

Located in Lanang, Davao City, dusitD2 Davao will offer a view of the Davao Gulf and the skyline of the city.

On top of its quality service and state-of-the-art facilities, visitors of the hotel can also expect a gastronomic adventure with the dining options available at the hotel. Currently operating are the Madayawa Cafe and the Siam Lounge. Soon to open is Dusit Gourmet, a deli outlet for people on the go. The most awaited is the opening of Benjarong Bar and Restaurant, which has been included in Philippine Tatler’s 20 best restaurants in the Philippines.

“We are excited to bring culinary Thai delights to Dabawenyos,” Wichlan said.

He also said they are looking forward to the grand opening of two other Dusit Thani properties in Davao Region -- Dusit Thani Residences and the Beach Club at Lubi Plantation Island.

“With our entry in Davao, we hope to bring Mindanao hospitality further to international standards and elevating Davao to a top destination in Asia,” Wichlan said.

“It is one of our government’s initiatives to promote and establish Davao City as a major hub Mice destination in the Philippines. Part of these initiatives is to address the challenges in accommodations,” she said.

Duterte-Carpio said the opening of dusitD2 not only increases accommodation facilities but also provides multiple employment and business opportunities for Dabawenyos.

“I am optimistic about the boundless opportunities that this project offers to Davao’s socio-economic development. I thus look forward to the hotel’s contribution in boosting tourism and generating employment for my fellow Dabawenyos,” President Rodrigo Duterte, who was present at the inauguration, said in his message.