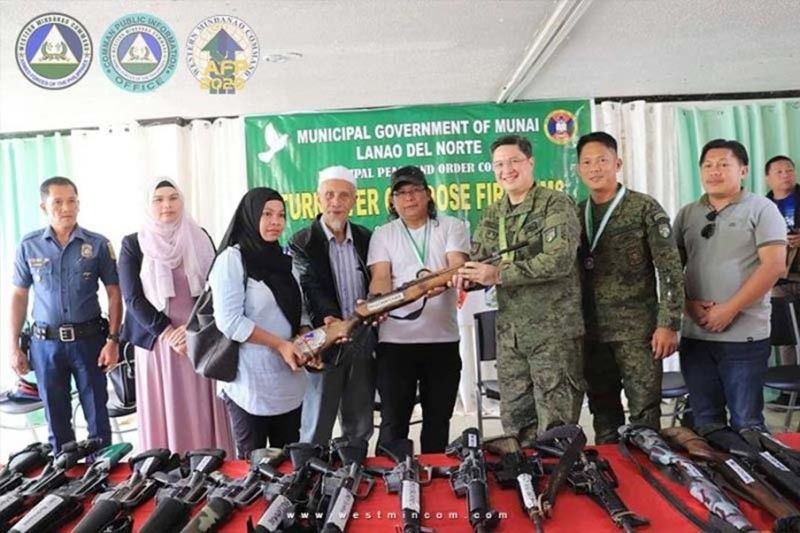 Lieutenant Colonel Bernardo Taqueban, Army’s 4th Mechanized Infantry Battalion commander, said in a statement that the handover was a result of the intensified collaboration and concerted effort of local government units, stakeholders, and security forces.

The firearms that were turned over included one caliber 50 Barrett, one M-14 sniper

“We encourage not only the local government units but also other stakeholders, especially the people of Lanao del Norte, to trust and support our campaign against loose firearms for us to attain a peaceful and secured province towards its faster development,” Palafox said.

“Good governance is an effective peace machinery. So, we implore the commitment of local government units, especially in conflict-affected areas, to take the lead in advancing our peaceful mechanisms for our inclusive security and development campaign in Mindanao,” said Lieutenant General Cirilito Sobejana, Western Mindanao Command (Westmincom) chief.

“We hope to convince more local officials and the people of Mindanao to actively take part in our campaign against loose firearms and illegal drugs to end violence in the area,” Sobejana added. (Bong Garcia)