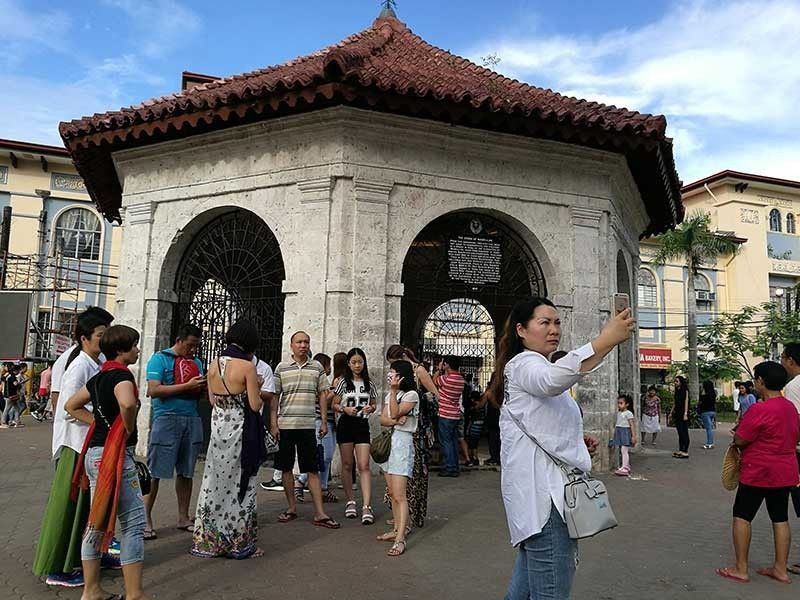 THINK BEFORE MEMORIZING. Filipinos should critically examine and reflect on the significance of 500 years of Christianity, which the nation will mark in 2021. (File Foto)

THE cross of Christianity and the sword of Spanish colonization.

President Rodrigo Duterte recently questioned ongoing preparations to “celebrate” 500 years of Christianity in the country by 2021.

As reported by Rona Joyce T. Fernandez in SunStar Cebu on Sept. 7, the President announced when he graced the groundbreaking of a housing project for Naga landslide survivors last Sept. 6 that he found the Christianization of Filipinos by Spaniards “painful” for signifying the colonization of the country.

Coming from a public official infamous for his outspokenness against the clergy, the President’s remarks are nevertheless relevant for striking a critical chord in the current evaluation of a period in history shaping not just contemporary society but more importantly, the consciousness of generations of Filipinos.

Preparations are being spearheaded by the National Commission for Culture and the Arts (NCCA) and the Cebu Archdiocese to commemorate the “discovery” of the Philippines and the start of the “Christianization” of natives in 1521.

This is one interpretation of history, which happens to dominate the lessons inculcated by many Filipino teachers in classrooms for generations. It is the dominant discourse that prevails in the fifth largest Christian country, with about 85-90 percent of its citizens Roman Catholics.

Claiming the country for Spain and naming the islands after the Spanish monarch King Philip II, Spanish explorer Ruy López de Villalobos continued the conversion of an archipelago of heathens to the fold of Roman Catholic believers, a process that was far from altruistic and uncomplicated.

Historians contest that, before Spanish missionaries followed their explorers, Muslims from Borneo already traded with coastal villagers as early as the 10th century A.D. The colony called Las Islas Filipinas also played a crucial role in the Spanish blueprint to dominate the lucrative spice trade and spread Christian proselytization in China and Japan.

Filipinist historians, led by Teodoro Agoncillo of the University of the Philippines (UP), scrutinized and questioned the dominant discourse framing Philippine history purely from the colonial perspective. In a December 2011 paper published in the journal “Southeast Asian Studies,” Reynaldo C. Ileto wrote in “Reflections on Agoncillo’s ‘The Revolt of the Masses’ and the Politics of History,” that Agoncillo pointed out the challenge of surfacing “a truly Filipino viewpoint in history,” in keeping with “an autonomous history of ‘oriental’ civilization,” because Spaniards writing in Spanish monopolized existing documents recording the events that took place before 1872.

Ileto noted the controversies generated by Agoncillo’s approach to contest the dominant textbook treatment of the Spanish colonial past by “throwing out the standard lengthy accounts of Spanish contributions to Philippine civilization (such as the conversion to Catholicism), omitting mention of much of the activities of agents of the Church and colonial State to which a negative sign is attached, while glorifying every native disturbance or revolt.”

“Outside the secular confines of the UP,” Ileto writes, this Filipinist interpretation of Philippine history was “highly controversial” as early as the 1940s, when Agoncillo first published his many works examining and countering colonial accounts of the colonial past.

However, discussing the Christianization of the nation should not be limited only within the academe. Every Filipino should reflect on how we, as a people, are influenced and continue to be shaped by our past, specially our colonization by the Spaniards and the Americans.

As another nationalist historian, Renato Constantino, author of “A Past Revisited” and “The Continuing Past,” wrote, “History... should serve the purpose of integrating seemingly isolated facts and events into a coherent historical process so that a view of the totality of social reality may be achieved...”