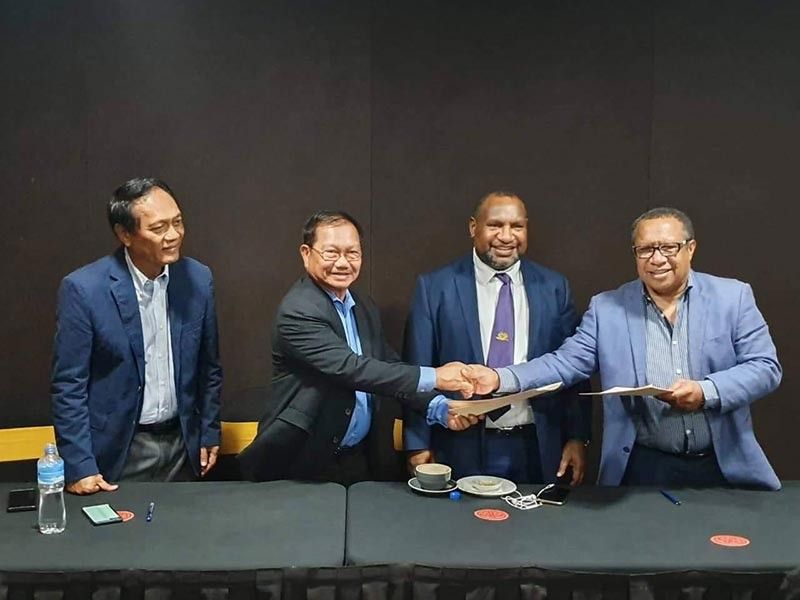 “An initial shipment of 5,000 metric tons of the best quality rice produced in Mindanao, including RC-160, 7-Tonner, Banaybanay, Dinorado and Organic Rice - will be shipped to Port Moresby as soon as the export documents are completed,” Minda chairperson Secretary Emmanuel Piñol said in a statement posted on his Facebook page in September 6, 2019.

On September 5, 2019 a Memorandum of Understanding (MOU) was signed by Piñol and Central Province Governor Robert Agarobe on September 5 in Port Moresby, Papua New Guinea for the exporting of Mindanao rice to the Pacific nation. The signing was witnessed by Papua New Guinea Prime Minister James Marape and Philippine Ambassador to Papua New Guinea Bienvenido Tejano.

“Under the program, the Central Province Government through its Economic Enterprise Office will import the Mindanao rice to be distributed in the province and other areas of the country,” Piñol said.

He said rice in Papua New Guinea is currently pegged at 3.50 kina or P49 per kilogram (conversion rate of Kina to Peso is P14) to 5 kina or P70 per kg. However, the premium rice from Mindanao may be priced higher.

Despite premium rice costing more than regular rice in Papua New Guinea, Marape told Piñol that "there is a niche market for good eating quality rice in the country."

Beyond improving economic ties between Mindanao and the Pacific nation, Piñol said with the new export market of Mindanao farmers, it will "protect the region's farmers from the adverse effects of massive rice importation."

Aside from the Philippines, Papua New Guinea imports 400,000 metric tons of rice every year from Australia, Thailand, and Vietnam.

Meanwhile, the Minda chairperson also said Papua New Guinea has "expressed interest in opening up his country's market to other products from the Philippines."

Minda recently held a Mindanao trade and business mission to Papua New Guinea on September 3 to 6.

During the Investment Workshop and Business-to-Business Matching on September 4, Piñol also presented the Mindanao business and trade opportunities to the Papua New Guinea business executives and private sectors.

Specifically, he mentioned that they can look into rice trading, processing, and production with Mindanao, as well as chicken poultry, timber products, and mining operations.

This trade mission is one of the international roadshows lined up by Minda to promote the economic potentials of Mindanao in the global market. (with PR)