7 wounded in another bomb attack in Isulan 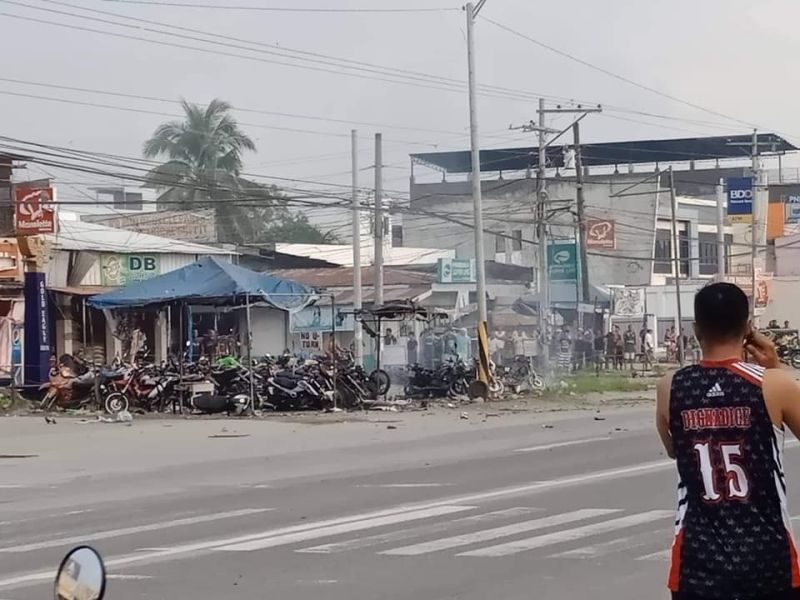 AN IMPROVISED explosive device went off in a motorcycle parking lot in a public market in Isulan, Sultan Kudarat on Saturday, September 7, 2019, wounding at least seven individuals.

It was the fourth bomb attack in Isulan in less than 13 months.

Major Arvin Encinas, Armed Forces of the Philippines-Western Mindanao Command (AFP-Westmincom) spokesperson, said Sunday, September 8 that they have yet to determine the motive and identify the perpetrators of the violent attack.

Encinas said the wounded individuals did not suffer serious injury. As of Sunday, six of them were already released from the hospital.

“Thorough investigation of the incident is still being conducted by the joint elements of the military and police,” Encinas said.

He further said that all possible leads are being studied including extortion.

In April 2019, at least 18 individuals, including six minors and a pregnant woman, were wounded when a bomb exploded in front of a restaurant along the national highway of Isulan, Sultan Kudarat.

In August 2018, four people were killed in two bomb explosions in Isulan, while the municipality was celebrating its 61st founding anniversary.

Colonel Efren Baluyot, commander of the 1st Mechanized Infantry (Maaasahan) Brigade, in a statement, condemned the recent atrocities by the unknown suspects.

“We criticize and condemn the latest IED attack in Isulan that victimized not only our forces who dutifully perform their mandated task but also the civilians who were in the vicinity of the explosion,” Baluyot said.

The initial report stated that the IED was placed beside a motorcycle parking area.

Government troops were immediately deployed to secure and cordon the area.

Meanwhile, following the incident, the Police Regional Office (PRO)-Davao region placed all units in the region on full alert status and ordered the establishment and strengthening of checkpoints in the cities and municipalities in Davao Region.

Other measures taken include deployment of maximum number of foot and mobile patrols especially in highly populated areas, intensification of intelligence monitoring and sharing of information with other units.