The men, women behind your news 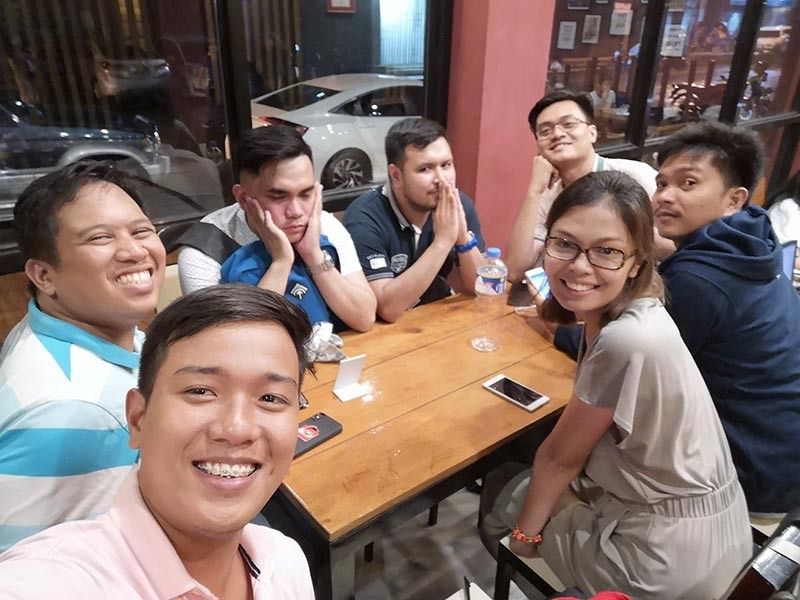 The Socmed team of Sunstar Davao 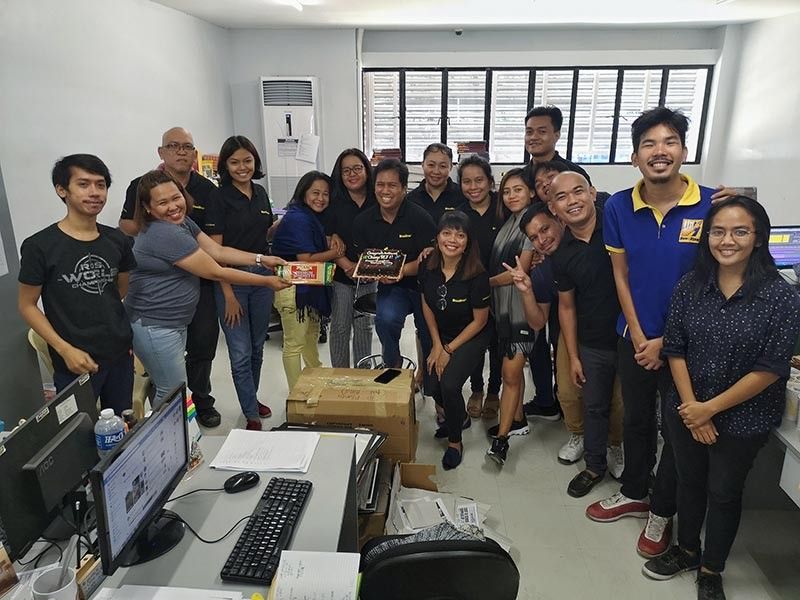 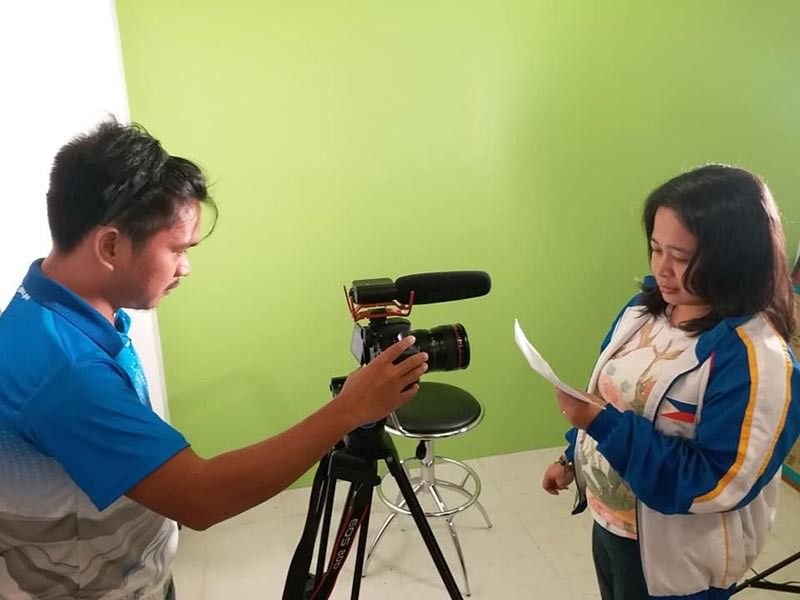 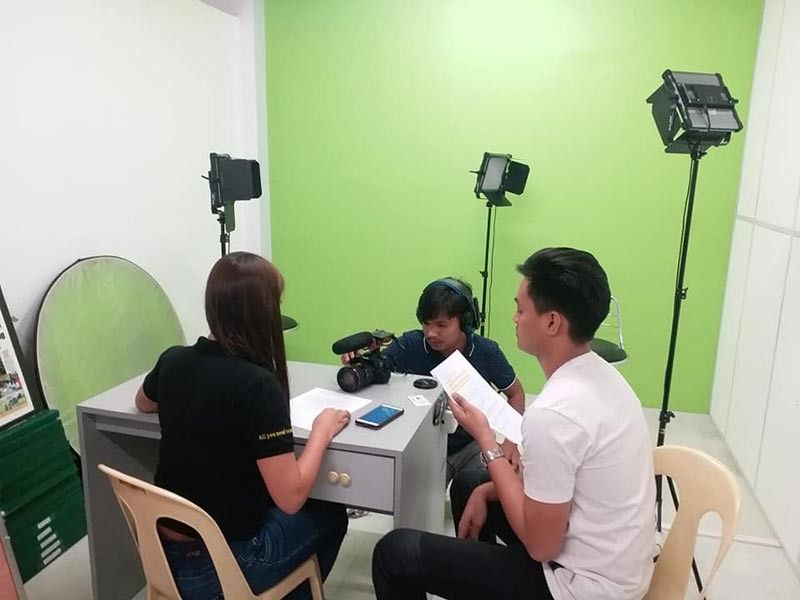 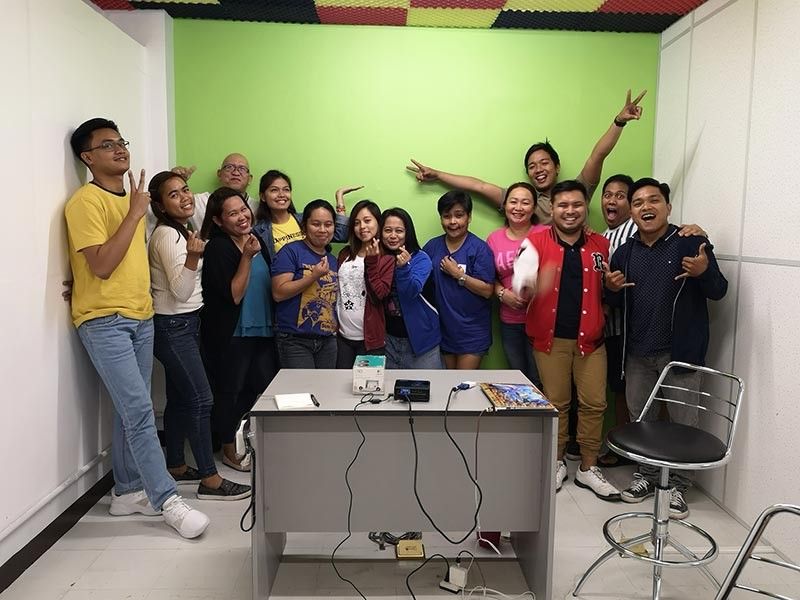 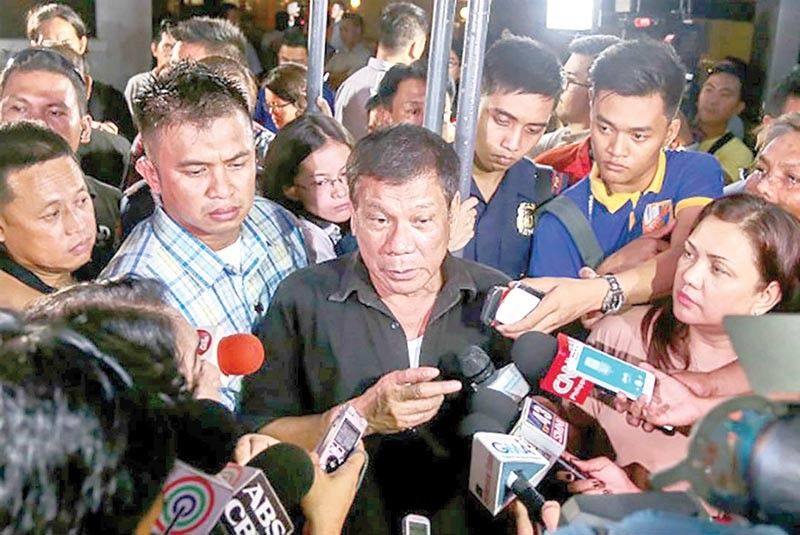 THE news industry, whether online, print or broadcast, is often mistaken to be run by serious, grumpy, and old people. And its editorial department is often perceived to be boring, with editors-in-chief or superiors to be always frowning, wearing mustache, and yes, sometimes potbellied. Thanks to Hollywood movies, this notion of an editorial team was conceived.

But it is different here in Sunstar Davao.

Since around 90 percent of the editorial personnel are millennials, expect the department to be active, lively, and never boring.

Meet the team who are not only fun- and food-loving, but are also responsible for giving you fresh, significant, and timely news everyday, be it in social media or in print.

Reuel John “RJ” F. Lumawag, the EIC (editor-in-chief), who is in his late 20s and probably the youngest to hold this position in a newspaper company in Davao City. He is serious with his job young as he may be. He is not grumpy, that’s a fact. Leading the editorial team with firm but with a heart, his goal is to make “SunStar in every person’s consciousness, SunStar in every person’s success.”

Ace June Rell S. Perez, also another young leader of the department leading the Social Media unit, is both upbeat and confident in everything that he does. Still in his early 20s, he sets a goal of growing SunStar Davao’s online community more, to be exact 300,000 followers by end of the year.

“But the ultimate goal is to tell moving stories and produce more quality content beyond just print,” he said.

On the other hand, Sunstar Davao Superbalita has Wenceslao “Wenz” G. Mendoza in its helm, leading in creating a humorous, interesting, but factual SuperB headlines. Sir Wenz, as he is fondly called, hopes that his eight-year experience in broadcasting and two decades in print will help sustain Sunstar Davao to even more heights.

Marianne S. Abalayan, one of the editors but holds mainly the sports page as she also writes sports articles daily and edit it after, is likened to a “big ate or a mother” to the team. She always reminds the team about how healthy or unhealthy they have been consuming.

Jennie P. Arado, also one of the editors who is often tagged as the “lifestyle editor” because she often handles the page, is both beauty and brains. Jennie does not only write news stories, she loves to find the heart of every story.

The rose among the thorns of Superbalita, Rhona G. Villariaza, is also one of the “mothers” of the team. She has this unique sound of a laughter that makes her absence noticeable. For her, working with Sunstar while being a mom and a wife is not an easy task to juggle. “But nothing is impossible if you are just committed with what you are doing,” she said.

Jeepy P. Compio, the sole reporter of Sunstar Superbalita, he’s the one responsible in looking for “very” interesting, entertaining yet fact-based news stories of Sunstar Davao’s tabloid version. For him, working with Sunstar Davao is not working at all because he enjoys and loves his work.

Jeepy’s view on working with Sunstar Davao is reiterated by Juliet C. Revita, general/defense/justice beat reporter. “It’s just like I’m playing here because I love what I do,” Revita said.

Lyka Amethyst H. Casamayor, SunStar Davao’s business reporter, just gave birth to a healthy baby boy. But prior to taking her maternity leave, she was one dedicated reporter who can write and complete her three articles a day using only her mobile phone and even in a jeepney, at that. But even then she also faced several hardships with her work saying, “...the hardest part is analyzing the data given to me, make sense out of it, and tell the readers in a way that they will understand the figures.”

The newest reporter of Sunstar Davao, Ralph Lawrence G. Llemit, is an excellent “multi-tasker”. After writing his stories, he edits videos. He can also be a photojournalist when the situation calls for it.

“With Sunstar now shifting towards digital media, it is a privilege to be a part of the new breed of Sunstar writers especially we now have a weekly newscast,” he said.

Macky Lim, one of Sunstar Davao’s photojournalists, is not just a man in the information industry. He is also a part of the arts industry, being one if the pioneers of Kalumon Performing Ensemble, a cultural dancers’ group. Daily, he captures the different aspects of Davao City.

Another talented member of Sunstar Davao family is its social media content provider, Mark A. Perandos. He ensures that all content that we produce online are properly edited and visually appealing.

A new member of the SunStar Davao’s Socmed team is Reinhart Jerd E. Belviz. Young and new as he may but this guy’s talent in videography and video editing is unquestionable given their limited resources and equipment.

In Graphics, there is Kenneth Ian A. Paradero leading his two-man team. Paradero has been responsible for some of the memorable layouts that we have in our features page. His partner in graphics is Trina Marie V. Masculino. Trinz as what the newsroom people fondly call her, is also one dedicated-to-work individual. She easily gets the instructions and easily gets the job done.

And last but not the least are the women who are the backbone of the Editorial Team, Julie Anne Dumalag and Donna C. Cuyos. They provide much needed assistance to the team to ensure that everything is running smoothly. And if not for their support, the Editorial Department won’t be running as smooth as it is today.

Despite their different personalities and backgrounds, the team is able to efficiently work together to ensure that we come out with a great issue and able to deliver the latest stories to our readers every day.

Cristina E. Alivio is one of the editors in SunStar Davao. Being among the gatekeepers of the newspaper, Alivio helps the editor-in-chief in double checking the issue that will come out the following day. She has been with the company for nearly two decades. She has a column called “Mama Talk”, which until now needs conclusion.