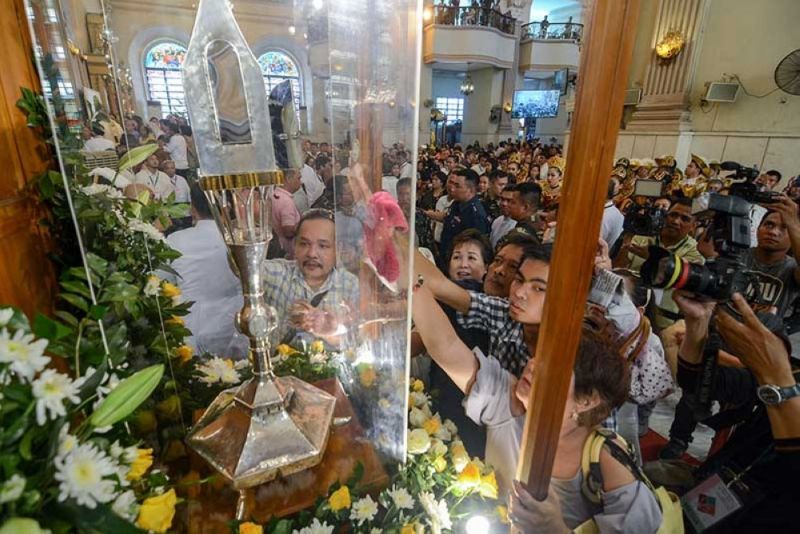 IT WILL be a celebration of faith and human victory, and not of the colonization of the country.

This is what Msgr. Joseph Tan, Cebu Archdiocese spokesperson, said on why there is a need to celebrate the 500th year of Christianity in the Philippines.

He said this in reaction to President Rodrigo Duterte’s stance that there is no need to celebrate the 500th year of Christianity in the country in 2021.

Duterte made the pronouncement during his visit to the City of Naga, Cebu on Friday, Sept. 6, 2019.

“What we are celebrating is not the colonization of the Spaniards of our country. Bisan pa nianang kangitngit sa kasaysayan, ang kahayag sa pagtuo naabot (Despite that dark part of our history, the light of faith came),” Tan said.

“Why would I celebrate the arrival of the Spanish here? Why would I?” Duterte said in his speech.

It was in 1521 when Portuguese explorer Ferdinand Magellan, sailing for Spain, arrived in the archipelago and introduced Christianity.

Tan said that while what the President said is true, the church is looking “at the good side despite the bad things that had happened.”

He said everyone should be reminded that it is not only the Philippines that got colonized and that other countries had their own colonizers.

Aside from celebrating Christianity, the event would also be a celebration of human victory—when Magellan was able to circumnavigate the world for the first time.

“We see the triumph of goodness over evil,” said Tan. (JJL)