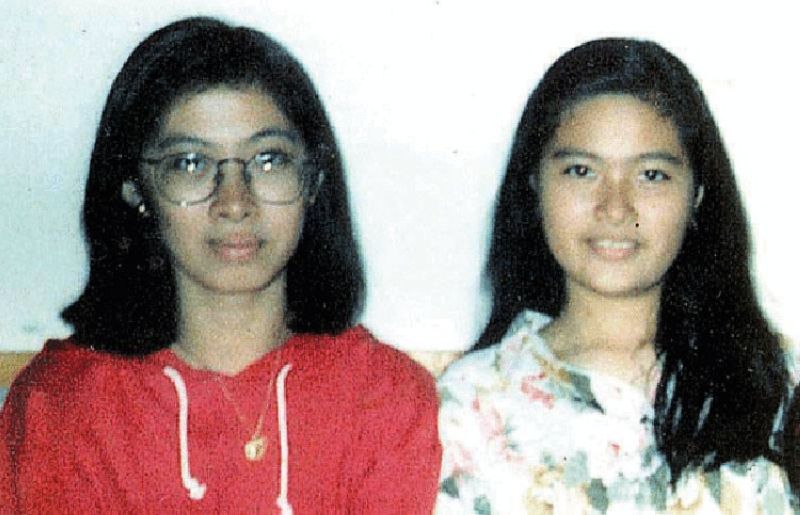 A FOURTH convict, James Anthony Uy, in the controversial 1997 rape-slay of sisters Marijoy and Jacqueline Chiong, was released on Aug. 16, 2019.

This is according to a Sept. 5, 2019 ABS-CBN News report showing the Bureau of Corrections’ (BuCor) list of persons deprived of liberty (PDL) who had been released under the Good Conduct Time Allowance (GCTA) law.

The bureau’s list contained a total of 2,159 names of prisoners convicted of heinous crimes released under the GCTA law since Oct. 10, 2013, of whom 445 were released during the past administration of Benigno “Noynoy” Aquino III, and 1,714 during the present administration.

Of the 1,714 released during the Duterte administration, 748 were murder convicts; 745 were convicted for rape, 156 for illegal drugs, 32 for kidnapping, 23 for parricide, six for arson, two for bribery and two for other heinous crimes.

According to that list, the convicts in the Chiong case Josman Aznar and James Anthony Uy were freed last Aug. 16, while van driver Alberto Caño and van conductor Ariel Balansag were released three days after, Aug. 19.

On Wednesday, Sept. 4, Duterte issued a 15-day ultimatum for the surrender within 15 days of freed heinous crime convicts who had benefited from the GCTA system.

And if the freed convicts failed to surrender within 15 days, “P1 million per head, dead or alive,” Duterte threatened in a press conference.

Balansag and Caño surrendered on Friday, Sept. 6, 2019, and are now detained in the New Bilibid Prison in Muntinlupa City.

Thelma Chiong, the mother of Jacqueline and Marijoy, told SunStar Cebu she is no longer shocked about Uy’s release since Uy and Aznar are close friends.

“Barkada g’yod na sila. Akong panawagan ni James Anthony, mu-surrender na lang ka. (They are really close friends. My message to James Anthony is that you should just surrender). You have nothing to come home for. I hope you’ll just surrender. You are safer inside than outside,” she said.

She also said she is wondering who could have “financed” the release of the four.

She then said that she had been aware of the news that James Anthony’s older brother, James Andrew, another Chiong convict, had been killed inside Bilibid.

“Kanang balitaa, dugay na na. Naa koy nahibaw-an (That’s not new anymore. That’s what I learned) since I became a national vice president of the Crusade Against Violence. I was assigned in Manila for three years. From 2003-2006, I had been visiting the maximum and minimum security cells. A Visayan prisoner told me, around 2005, that one of our convicts, James Andrew, was killed inside Bilibid,” she said.

SunStar Cebu tried to reach Justice Undersecretary Markk Perete and Bureau of Corrections spokesperson Dusadio del Rosario Jr., but both were unavailable for an interview.

Seven persons were convicted in the Chiong case, including James Anthony Uy, who was 16 at the time of the murders.

The others were Juan Francisco “Paco” Larrañaga, who is serving his sentence in Spain following a prisoner swap agreement in 2009, and Rowen “Wesley” Adlawan.

The 70-year-old former member of the Philippine Constabulary was freed under the GCTA law on Oct. 26, 2018.

Batulan was the fifth convict to surrender in Cebu.

The 50-year-old Jesus Ranoco Negro Jr., was the first Cebuano to surrender. He surrendered to the Bogo police on Wednesday night, Sept. 4, 2019.

Alejandro Anana Arquillano, a 56-year-old rape-convict, turned himself over to the San Francisco Police Station, also on Saturday.

As of Sunday, Sept. 8, the number of heinous crime convicts released under the GCTA who have surrendered to the police nationwide has risen to 65.

In a report, the Philippine National Police (PNP) said the five regions with the highest number of surrenderers as of 8 a.m. Sunday were Cagayan with 24, Mimaropa with 11, Central Visayas with seven, Bicol with five, and Cordillera and Caraga with four surrenderers each.

Under Republic Act 10592, GCTA is granted on a monthly basis to persons deprived of liberty who show good behavior in a month. This is credited against the prison term of the inmate, thus allowing their early release from prison.

Duterte ordered the recall of freed heinous crime convicts amid the uproar following reports on irregularities in the granting of time allowance.

In a statement Sunday, Department of the Interior and Local Government (DILG) Secretary Eduardo Año urged all local government officials down to the barangay level to assist the PNP in facilitating the voluntary surrender of heinous crime convicts.

“If you are aware of any convict in your area of responsibility, you may escort those who wish to surrender to the nearest police station to ensure their safety and well-being. We also call on the public to facilitate the voluntary surrender of these individuals,” he said.

Through the Joint Review Committee, both the Justice department and the DILG are reviewing the Implementing Rules and Regulations of RA 10592 and the BuCor Uniform Manual to plug the loopholes therein and ensure that only those truly deserving are entitled to the GCTA.

After the re-computation of their GCTAs, those found to have qualified and served their full sentences in accordance with the intent of the law will be released immediately.

In the meantime, they shall remain in the custody of the BuCor. (SunStar Philippines)