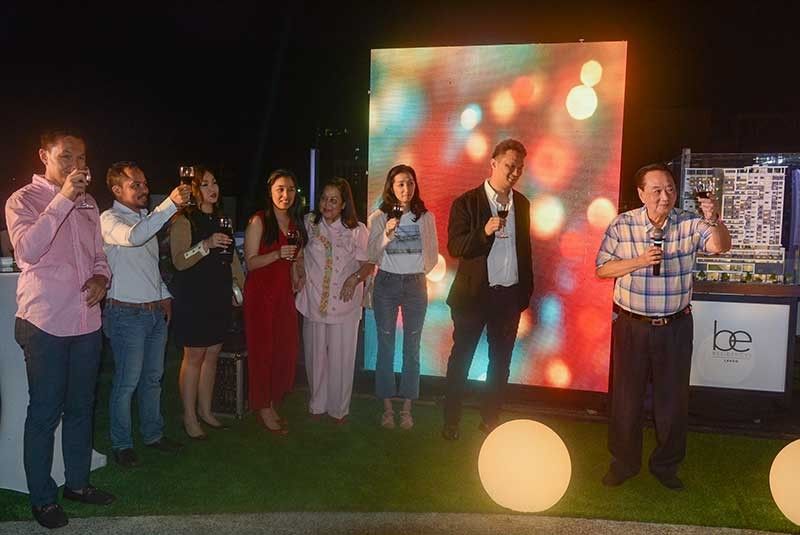 START OF SOMETHING NEW: Enrique Benedicto (right), chairman of Enrison Holdings Inc., leads the ceremonial toast of the family’s new real estate venture—Be Residences— a 700-unit condo tower to be erected in Lahug, Cebu City. This is the family’s first foray into the residential business. (SunStar Photo/Arni Aclao)

FAMILY-OWNED Enrison Holdings Inc., the company behind the Be Hotels and Resorts, is making its foray into condominium development as it primes up expansion in one of the country’s promising property markets.

Be Residences, the company’s first residential project to break ground this month, will have a total of 700 units.

Company president Grand Benedicto, in an interview on Friday, Sept. 6, 2019, said the firm’s foray into the residential space is a “natural progression” as it sees a robust demand in Cebu’s property business, citing the city’s bustling economy.

The 20-story Be Residences, which forms part of the company’s long-term expansion, will be completed in three years.

“The Cebu economy remains strong,” Benedicto told SunStar Cebu when asked about his prospects in the property industry.

The firm’s condo project is located on St. Lawrence St., Barangay Lahug, Cebu City, beside the Cebu IT Park, one of the city’s business districts.

The company previously announced a P5 billion expansion investment in the next three to five years.

“We’re not stopping,” the executive noted. “We have future projects in the pipeline.”

The Cebu-based developer is involved in various businesses including furniture and cement.

Its first venture in the hospitality industry is the three-star Be Resorts on Mactan Island. It also operates the five-star Be Grand Resorts Bohol at a sprawling five-hectare beachfront property on Panglao Island.

The real estate industry is one of the fastest growing sectors in Cebu, which has seen the rise of several projects in recent years, including condos, office towers, hotels and residential houses.

Benedicto is optimistic the tourism boom would continue to support the industry’s expansion.

In an earlier report by global realtor Colliers International, it noted that Cebu’s business and employment opportunities continue to propel the demand for both vertical and horizontal residential developments.

The demand for condominium units, for instance, is also being fueled by the influx of high-spending foreign tourists.