Seares: Duterte, bishops clash on celebrating ‘500.’ What if gov’t. would not help?

“Why would I celebrate the arrival of Spanish colonizers here? Why would I?”—President Duterte, in a speech last Sept. 6, 2019 in Naga City (Cebu)

PRESIDENT Duterte resumed the line of attack against the Catholic Church, which he has been doing continually for some time now, during his Cebu visit last week.

Duterte in his speech in Naga City last Sept. 6 slammed the country’s colonization by Spaniards and the subjugation of the country for three centuries, saying they shouldn’t be an occasion for rejoicing.

The church leaders and the leader of the state clash on how to view the event in 1521 when Magellan landed in Mactan and made Filipinos Christians and slaves at the same time. The church focuses on the introduction of faith; Duterte on the colonization of Filipinos.

A debate on the significance of that event is not unlike the controversy on whom to honor: Magellan or his killer Lapu-Lapu. Duterte has been rooting for the local chieftain from whom he reportedly descended.

What each side can’t do

Duterte as head of state can’t stop CBCP from holding the celebration. Neither can the Catholic Church force the President to join any of the quincentennial activities.

But here’s the thing: Duterte might withhold government resources from being used to help preparations for, and the holding of, the events. While the programs involve mostly religious ritual, public participation and the deluge of visitors, including dignitaries from abroad, require logistics that only the government can supply.

The President can legally rely on the ban, provided by the Constitution, on the spending of public funds for the “use, benefit, or support” of any religion.

The Supreme Court has ruled on a number of cases upholding the spending of government money when the religious activity is merely incidental to a public purpose. The quincentennial will easily pass the constitutional barrier. But what if Duterte will use the principle of separation of church and state to keep its hands totally off the celebration?

Past cases that reached the high court involved stopping the use of public funds for religious purpose or benefit. And the attempts have consistently failed.

One such case, Gregorio Aglipay vs. Juan Ruiz (GR #L-45459, March 13, 1935), concerned the use of public money for postage stamps commemorating the 33rd International Eucharistic Congress staged by the Catholic Church. Cebu’s Vicente Sotto argued for the Philippine Independent Church against the solicitor general. The SC ruled that the religious benefit was merely incidental to the public purpose. In another case, about the use of public funds for stamps commemorating the 100th founding anniversary of Iglesia ni Cristo in 2014, the SC also upheld the spending.

A novelty would be a litigation to compel the government to spend money for the 500th anniversary of Christianity two years from now. The state cannot be stopped from spending for a religious activity provided there is a public purpose. But if it refuses, it is doubtful if it can be forced by court action to spend even if the condition for spending is met. But the situation might not come to that.

Duterte was just venting his disappointment with the church. What he said is not yet government policy, not when his audience comprised of the Naga landslide victims and the forum was a political sideshow of sorts.

The President is known to express anger at people or over things in public utterances, many of which do not translate into action.

Let’s wait for the time when bishops and priests, in the heat of preparation for the quincentennial, would get cold shoulder from the national and local governments. People running the state machinery, from the top to the local government units, take their cue from the chief executive. 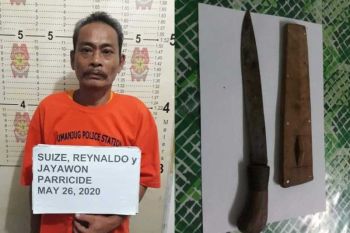 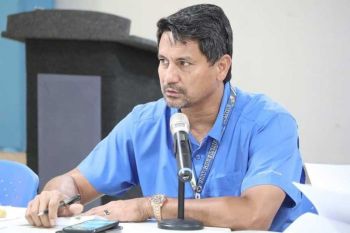