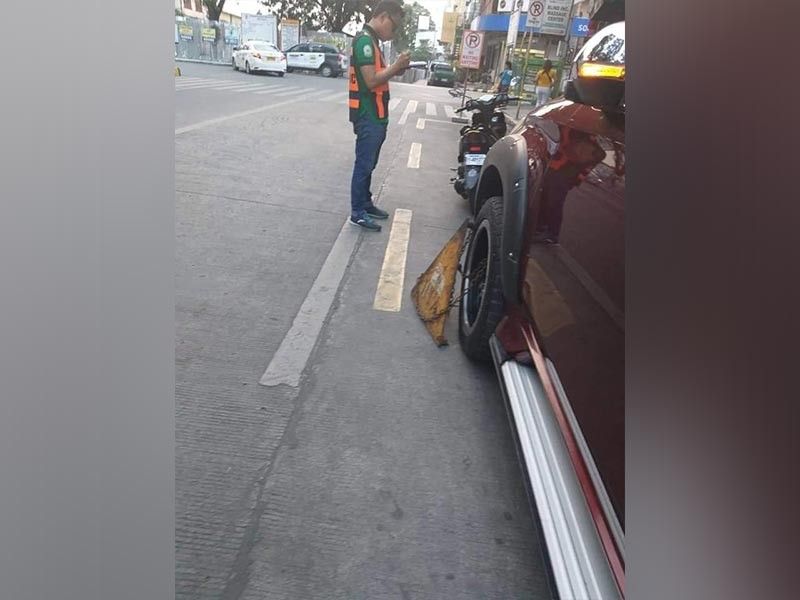 CAGAYAN DE ORO. A personnel of the Roads and Traffic Administration (RTA) clamps a Mitsubishi Montero and issues citation for illegal parking. The RTA is looking for the driver of the Montero vehicle after the clamp attached to it was found damaged by traffic personnel. (Photo by RTA)

THE Roads and Traffic Administration (RTA) is warning owners or drivers of clamped vehicles not to destroy clamps to evade traffic violations.

RTA administrative officer Benedicto Ramiro said this following an incident over the weekend in Capistrano Street, Cagayan de Oro City where the RTA clamped a vehicle for illegal parking.

The driver, however, destroyed the clamp instead of paying his violations.

Ramiro said they have already referred the case to its legal office and will possibly press charges against the driver for destroying government property.

“We are in the process of identifying him to invite him and air his side too,” Ramiro said.

To avoid the same incident to happen, the RTA mulls to ask the city council to amend the ordinance which would skip clamping and instead tow the vehicle caught violating road rules.

At present, the RTA has two towing vehicles and is preparing to buy another one.

Ramiro, meanwhile, advises vehicle owners that if faced with traffic violations, they should address it properly.

If a vehicle is clamped, a driver shall pay P500 to unclamp it, and another P1,500 for the illegal parking violation which should be paid within 72 hours.