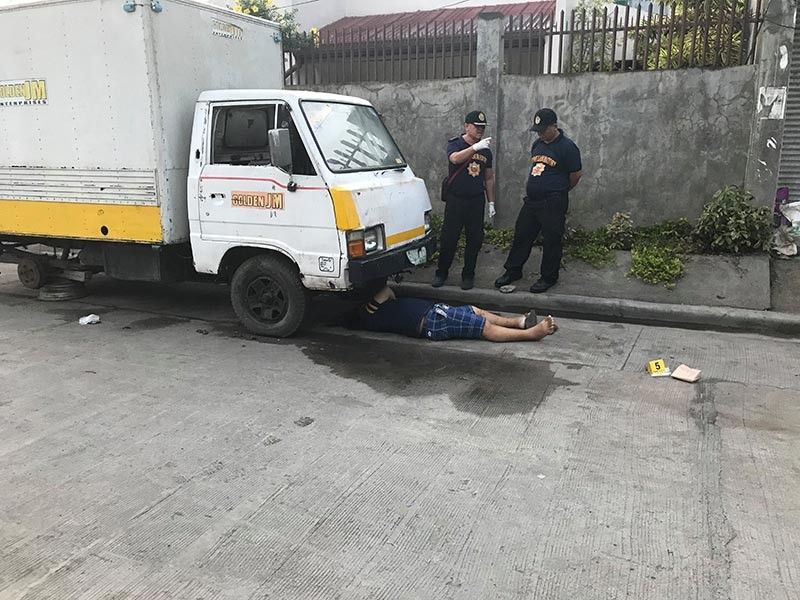 CAGAYAN DE ORO. Personnel of the PNP-Scene of the Crime Operatives (SOCO) examines the crime scene where a man was shot dead Monday dawn, September 9, 2019, in Barangay Kauswagan, this city. (Contributed photo)

INVESTIGATORS are now looking into the possibility that a man’s death in Barangay Kauswagan, Cagayan de Oro City, Monday dawn, September 9, has connection to his alleged involvement in illegal three-digit numbers game, “Swertres”.

Maestrado was shot dead by still unidentified gunman just blocks away from his home on Monday dawn.

He died after sustaining five gunshot wounds on the different parts of his body.

Recovered from the crime scene are six fired cartridge cases of a 9MM pistol, including two deformed fired bullet.

One of the angles that police are looking at is his job as a financier of the said numbers game.

Before he was shot dead, Borinaga said the victim received a phone call and went outside to possibly meet the caller, an account told by the victim’s wife to police.

“Ingon ang iyang asawa unusual kuno nga nigawas siya sa kaadlawon (His wife said it was unusual for him to go outside at dawn),” he said.

“We will gather witness at the crime scene, CCTV footage in the area and his cellphone kung kinsa tong iyang last nga kaistorya (to identify who he last spoke with),” Borinaga said.

As of now, there are no clear leads on the victim’s death, Borinaga said.