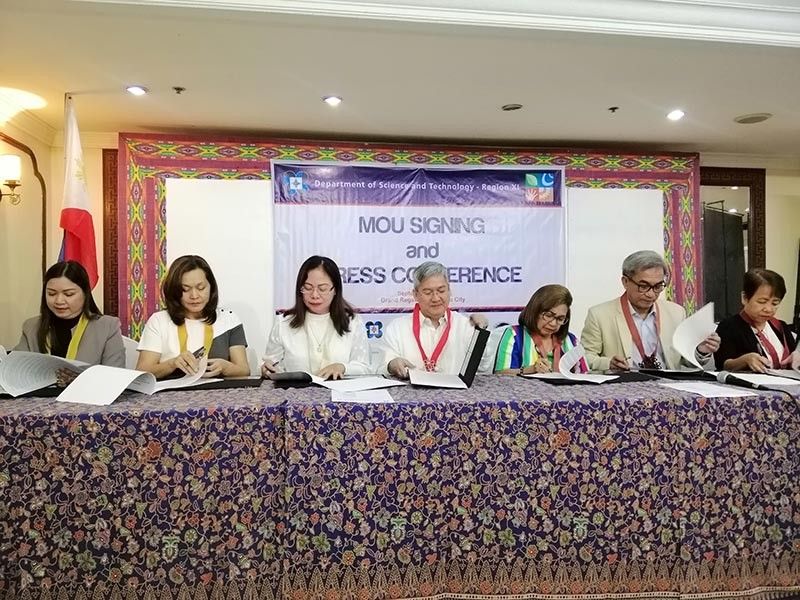 THE Department of Science and Technology (DOST) is eyeing to revive a large science facility that would serve as an avenue for students and visitors alike to experience and learn science and technology concepts through interactive display.

On Monday, September 9, DOST-Davao Director Anthony Sales officially bared its plan in reopening the Regional Science Centrum (RSC) during the signing of the memorandum of understanding (MOU) at the Grand Regal Hotel.

Sales said RSC, formerly known as the Mindanao Science Centrum (MSC), which was launched in 1999 and located in Bago Oshiro in Tugbok District, is targeted to be open to the public by 2020, with an initial cost of more than P10 million.

"It shall provide an innovative platform for alternative environment, to nurture creative and innovative culture and to enhance the learning and knowledge acquisition among the youth in the region," Sales said in a press conference.

Unlike the MSC, he said RSC will be managed by different sectors such as the academe, business sector, and other civil society groups, who pledged to maintain the operation of the regionwide science facility.

Sales said the MSC was shut down in 2006 due to fund constraints and mismanagement.

"But this time, we want to make the project sustainable and engage more partners who can provide the support both financial, information and other resources to sustain the centrum," he said, adding that they also wanted to bring science to the community for it be relevant in addressing the problems of the community.

He also said displays inside the centrum will be updated, this time including advance technology exhibits such as artificial intelligence (AI), information and communication technology (ICT), and other modern technology which would entice visitors.

"Science museum plays a big role in teaching and promoting science for both children and adults. That helps them learn more and retain it longer," Legaspino said.

She also said the museum will fill the gap of scarcity of laboratory equipment, particularly in public schools.