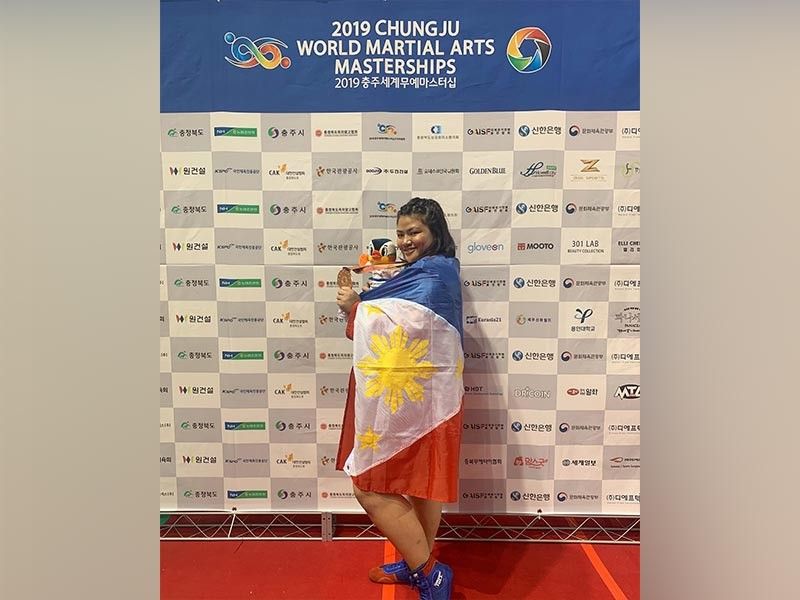 THIRD time’s a charm for Davao City’s very own Sydney Sy Tancontian who clinched a bronze medal in the recently-concluded 2019 Chungju World Martial Arts Masterships in Chungju, South Korea. It was her third bronze in a world tournament.

The first bronze she got during her debut in the World Sambo Championships 2018 held in Bucharest, Romania on November 12 and she followed that up with another bronze in the 2019 Sambo World Cup Kharlapiev Memorial Competition in Moscow, Russia in March 2019.

Tancontian, 19, bowed to Mongolia’s Sainbuyan Bataa, 1-3, in their women 65+ kilograms semi-finals. This after she defeated Maduri Perera of Sri Lanka.

Bataan went on to win the gold via a 4-0 shutout win over Ridha Ridwan of Indonesia in their championship match.

On her Facebook post, she said, “Thank you to everyone who supported me! Will do better in the next competitions to come.”

Tancontian started seeing action in the world stage last year at 18 and despite her young age, she never gets intimidated.

The Dabawenya and her younger brother Chino are among the country’s top bets in the sambo event of the Philippines 2019 Southeast Asian (SEA) Games slated November 30 to December 11.

She grew up playing judo with his father Paolo, a SEA Games medalist, and she also competed in Brazilian jiu jitsu and wrestling before she shifted her focus on sambo.