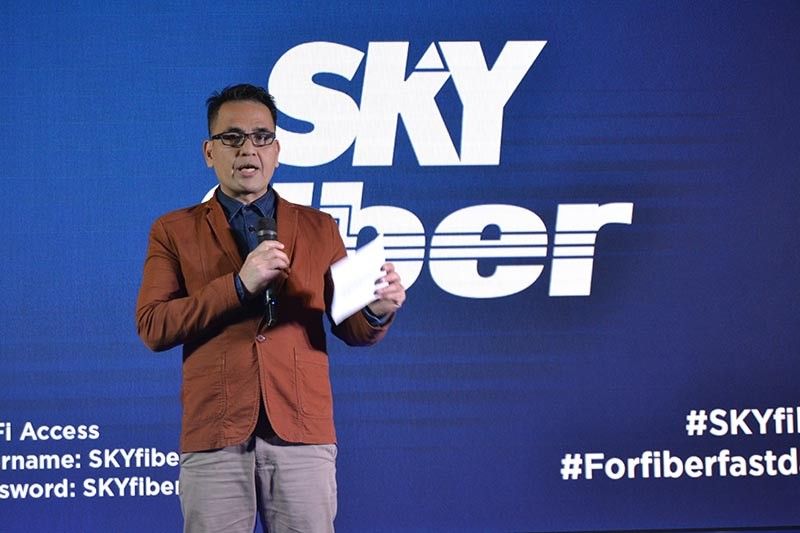 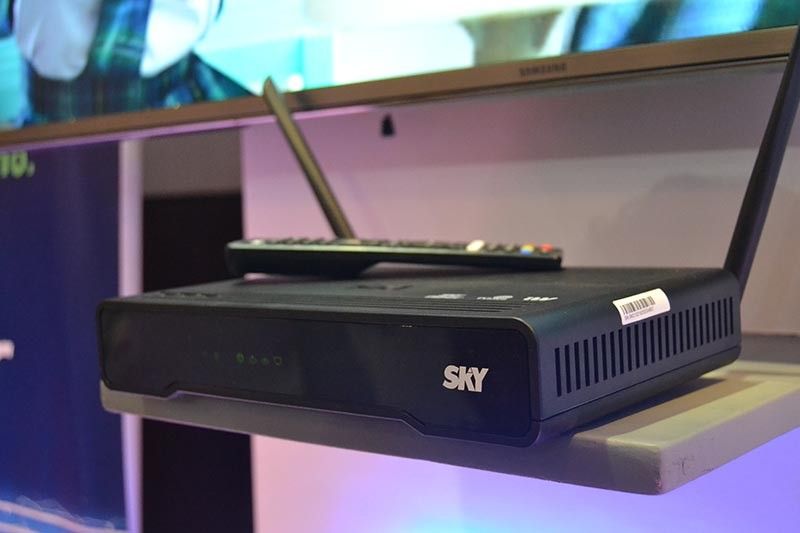 DAVAO. The Sky Fiber All-in Box, the first of its kind in the country, combines the power of a WiFi-enabled modem, digital terrestrial TV, and cable TV modem. (Photo by RJ Lumawag)

“As a company that has a track record of developing products that responds to the Filipino’s ever evolving needs, Sky is once again inspired to carry on its pioneering spirit as it brings forth innovations that enhances daily internet experience,” Jerico Marcos, Sky general manager for Davao, said during the launch of the new plans yesterday at the Marco Polo Hotel Davao.

Sky broadband products head Alan Supnet added, “What is nice about this is it is unlimited and fiber fast.”

Supnet said with the new broadband products, Sky is offering fast internet that are competitively priced compared to their competitors. For example, Sky’s Plan 50Mbps is pegged at P1,999/month as compared to its competitors where it is priced at P2,899/month and P2,499/month.

For the Super Speed Plans, there will be an installation fee of P1,099 for the first five months.

“The first of its kind in the country, this device combines the power of a WiFi-enabled modem, digital terrestrial TV, and cable TV modem for total entertainment,” Sky said in a statement. The device also has a built-in iWant TV app.

Joy Lantin, Sky head for cable products, said the new device will also allow the subscribers to customize their channel lineup based on their preference and budget.

“With the All-in Box you can now add channels and pay-per-view via the remote control,” she said.

Lantin said the All-in Box’s remote has a “buy” button. Subscribers will only need to find the channels they want to buy and the press the “buy” button to confirm the purchase. They will send an email to validate the purchase.

She said subscribers can choose from over 50 channels for as low as P20 per channel.

“These innovations are our answer to the Filipinos clamor for an enhanced internet experience,” Marcos said.