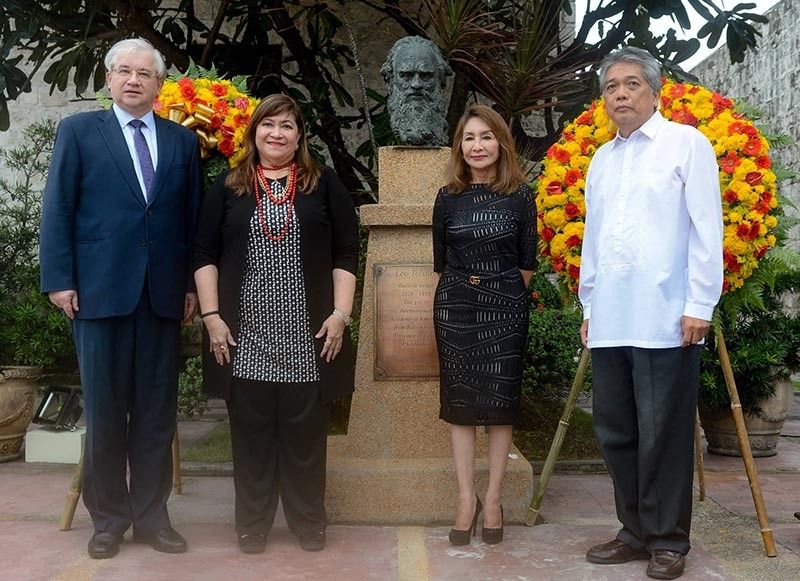 THE Consulate of Russia and the Province of Cebu affirmed their commitment to strengthen economic, cultural and political ties to usher in growth in priority industries and key areas for cooperation.

Russian Ambassador to the Philippines Igor Anatolyvich Khovaev said there is great potential for growth between Cebu and St. Petersburg.

“The two are drivers of economic development, trade and are the cultural capitals of the Philippines and Russia, respectively. I believe it’s our common interest to mobilize these potentials because it would be in full compliance to the strategic interests of both people in Russia and the people of Cebu province,” he said.

With this, Khovaev said they hope to arrange a visit of a Russian business delegation to Cebu soon.

“I had very good discussions here in Cebu about the prospects for our bilateral trade where we identified some priority industries like the energy sector, transportation, telecommunications and pharmaceutical industry,” he said.

Khovaev was in Cebu on Monday, Sept. 9, 2019, for the wreath laying at the bust of Russian novelist Leo Tolstoy at the Museo Sugbo in Cebu City on his birth anniversary.

He said Russians have a lot to offer Philippine business partners, including the establishment of joint ventures and transfer of sophisticated Russian technologies.

“I believe that it’s time for us Russians and Filipinos, and Russian and Cebuanos in particular, to open a new page in the history of our relationship so we need to combine our efforts and to make these long-awaited breakthroughs successful,” he said.

Cebu Gov. Gwendolyn Garcia assured that the Province will continue to strengthen ties with Russia to make the relationship beneficial for both parties.

Cebu is home to around 50 Russian families.

Garcia said the signing of the sisterhood agreements with the cities of St. Petersburg and Vladimir in the past established significant relations with Cebu.

“These two agreements were reached when I was governor then and that opened the gateway for the warming up of the relationship between Russia and the Philippines but particularly, Cebu. With exchanges in culture and the arts and even with the touching base of the counterparts of the chambers of commerce,” she said.

In the area of tourism, Honorary Consul for Russia Armi Lopez Garcia said there is a need to boost tourism in order to open up business opportunities.

“Tourism and culture are really the gateway towards better trade development and trade investments. Tourism is the platform where you have this people-to-people contact. You have to know each other through tourism,” she said.

She said they have strategies and collaboration with the Department of Tourism to connect Cebu as the entry point for tourists from the far-eastern side of Russia. JOB