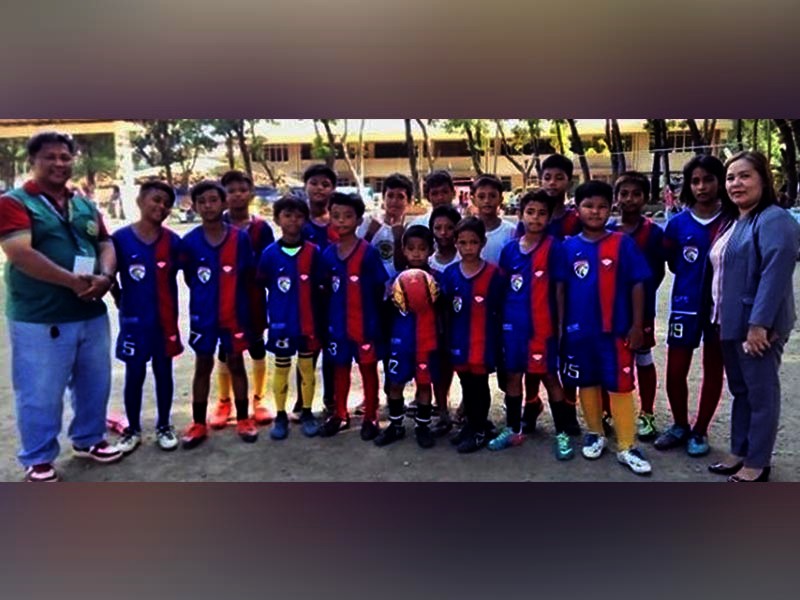 THERE is new powerhouse team in Cagayan de Oro’s youth football and they are soaring high.

The Falcons of coach Marlon Merlin only have a small pitch inside the Bongbongan Elementary school. But who needs a regular pitch when they're now considered as the toughest team in the coming DepEd CdO Division meet set late this month.

The Falcons leaned on Jefferson Datahan, Daryn Pagasian, Martin John Lee Merlin and Jian Carlo Esoy for the goals to assure themselves of a place in the Division meet.

Coach Merlin has prepared his team for these DepEd competitions. They have been training since last summer and have participated in various local festivals to gain exposure. Their efforts have paid off and in a short period of time coach Merlin has built a team that is already a contender in the Division meet.

Aside from their wins against International School and Little Me Academy in the District meet, the Falcons have been defeating long established teams like Rosevale School, Bulua Strikers, Monte Carlo FC and West City Central School in friendly matches.

The club was established only in April 15 last year and it has grown from 15 players to more than 30, most of them are kids in Kauswagan surrounding the Bongbongan Elelemtary School.

“My objective really is just to give opportunities to these poor kids in our community so that they can earn scholarships in private high schools or even in college when they grow up,’’ said coach Merlin, a pharmacist by profession and a graduate of Centro Escolar University in Manila.

Merlin was a football varsity member of Capitol University and represented the Region X in the national PRISAA and Palarong Pambansa during his younger years.

He now works full time as Pharmacist of RXS D/S and Medical Supplies.

Merlin is also active in affairs of barangay Kausawagan being the focal person of its Council for Children Protection and the development coordinator of its Child Life Skills Development group. He is also the president of the Kauswagan School Governing Council.

He is married to Adora Merlin RPh, with whom he has two children all playing for the Kauswagan Falcons FC.