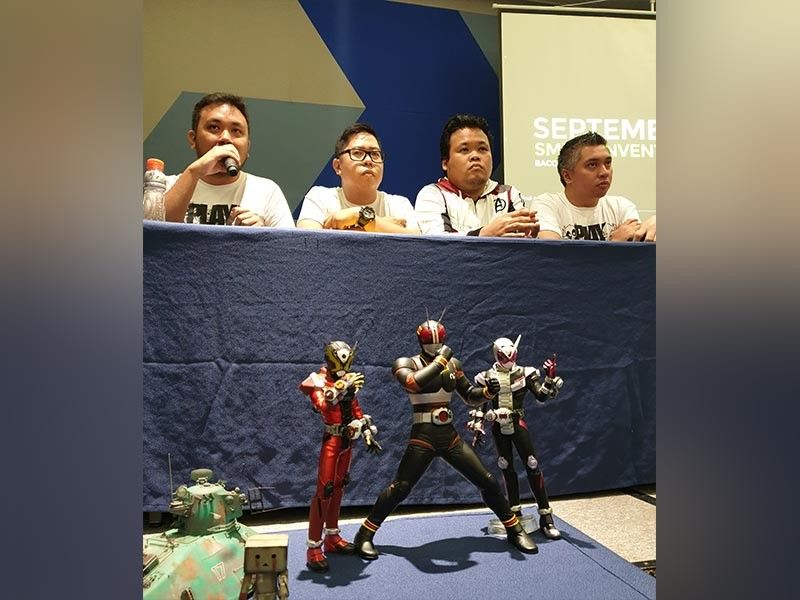 Brian Valentino, Rhene Piurque, Butz Cuenca and Vince Muyco, organizers of the event are reintroducing toy collections to all generations. It's one way to address addiction in gadgets.

THE Negrense Toy Collectors is set to bring the biggest hobby expo in Western Visayas, PlaygroundEX 2019 on September 14-15, 2019.

The expo will happen at the Function Hall 1 of SMX Bacolod on those dates from 10 a.m. to 9 p.m. This milestone event expects to gather up to 4,000 attendees not only from Bacolod but also from the nearby cities of Negros Occidental and Iloilo.

Brian Valentino, Rhene Piurque, Butz Cuenca and Vince Muyco, organizers of the event said the PlaygroundEX 2019 will highlight the creativity of both the local and national cosplayers. The scale modelers and artists will also feature their award-winning original figures and artworks.

To add an international flavor to the event, the K-Pop Community will showcase their talents and it will be the perfect platform to share their common interests.

The nostalgic anime, manga and TV-inspired toy collections like Voltes 5, Voltron, Gundam, Mask Rider Black, Pokemon and most notably the Kow Yokoyama – Maschinen Krieger will make its much-awaited appearance. Another fan-favorite, which will be featured, is a diorama depicting the Pirates of the Caribbean and other movie-inspired collections from the Marvel Cinematic Universe.

For the racing enthusiasts, 4WD Remote-Controlled (RC) Cars will also be on display.

With more than 60 teams already registered to participate, the event hopes to strengthen the local E-Sports and Trading Card Games Communities by holding a tournament for the “Magic: The Gathering” and Mobile Legends enthusiasts.

Everyone is invited to come and have fun with family and friends.