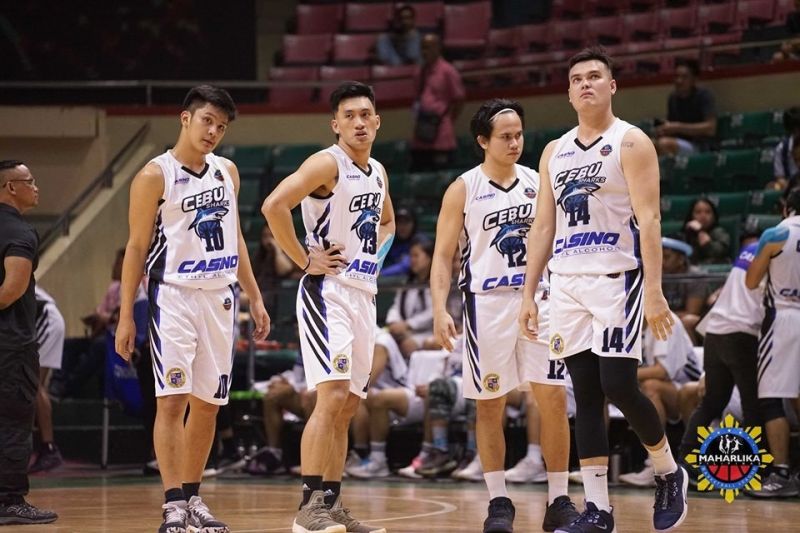 STRUGGLING SHARKS. Cebu Sharks will try to get their groove going against the Pasig Realtors on Wednesday, Sept. 11, 2019 . (Contributed Photo)

CAN the Cebu Sharks-Casino Ethyl Alcohol sink their teeth into the Pasig Realtors? The Cebuanos certainly hope so as the two teams clash on Wednesday, Sept. 11, 2019, in the Maharlika Pilipinas Basketball League (MPBL) Lakan Season at the Strike Gym in Bacoor, Cavite.

Sporting a 4-7 (win-loss) record, the Sharks find themselves in deep waters in the South division at 11th place. Cebu was coming off battles against the top teams in the North and South divisions — San Juan and Davao Occidental — and will have another tough match-up again against Pasig, which totes an 8-3 card.

The Realtors also have a couple of proven scorers in ex-PBA players Jeric Teng and Josan Nimes.

“I think we’re prepared. We’ve taken a look at their plays as well as their tendencies especially when it comes to freeing up their shooters,” said left-handed big man William McAloney, arguably Cebu’s most promising player.

After playing stellar defense against Davao Occidental last time out, where they held the Tigers to a 28 percent shooting clip, the Sharks plan to do more of the same against Pasig.

“Our emphasis will be on defense especially on their shooters, who can really shoot the lights out. They are a strong team but we can get the win if we just help one another out,” added McAloney, a product of the University of San Carlos. (JNP)