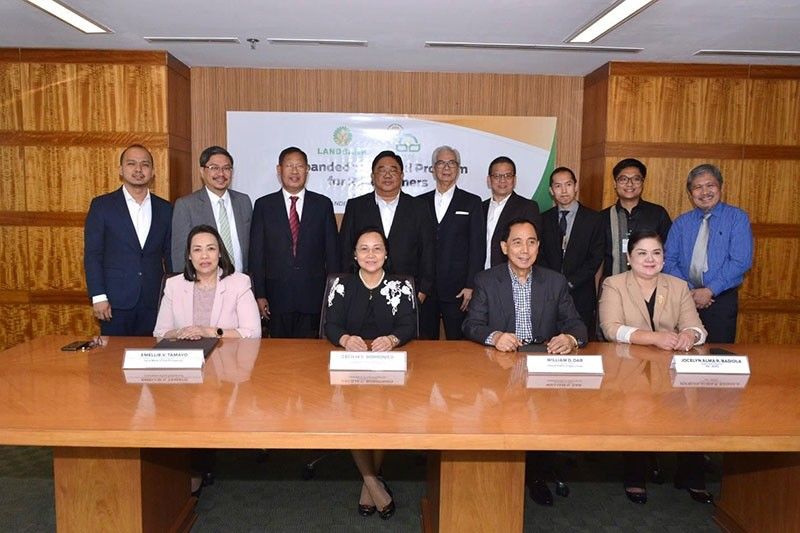 THE Land Bank of the Philippines and the Department of Agriculture (DA), through the Agricultural Credit Policy Council (ACPC), signed on Aug. 28, 2019 a memorandum of agreement (MOA) that would provide financial assistance to small farmers affected by the implementation of Republic Act 11203, also known as the Rice Tariffication Law (RTL).

Acting Agriculture Secretary William D. Dar and Land Bank president and chief executive officer Cecilia C. Borromeo led the signing of the MOA to implement the Expanded Survival and Recovery Assistance Program (Sure Aid) for Rice Farmers, which will provide an immediate one-time loan assistance of P15,000, payable in eight years, to rice farmers who are tilling one hectare of land and below and whose incomes were affected by the drop of prices of palay this year.

“We are trying to appraise the very predicament of the rice farmers affected by a complex set of issues, including the Rice Tariffication Law. But because of the falling prices of palay (unhusked rice), we thought it necessary to look at every opportunity that is available for us. There are more measures and this is one of them. We would like to get more ideas—measures that we need to implement right away,” said Dar, who is also the chairman of the ACPC, an attached agency of the DA.

Under the agreement, Land Bank will implement the Sure Aid Program by releasing the loans either through direct lending to farmers or through service conduits. For its part, the DA-ACPC will set aside P1.5 billion for the program and provide Land Bank with the validated list of farmers eligible for the loan assistance, as well as the list of the DA-identified service conduits.

“We are very excited to be part of this very important program that will cushion the initial impact of the lowering of the farm gate prices of palay because of the new rice tariffication regime. Please be assured that Land Bank is fully onboard to work with you in making greater things happen for our farmers and fishers,” said Borromeo.

She also thanked Dar for his “very swift and solid move,” which she said was a clear sign of many great things to come in the agriculture sector.