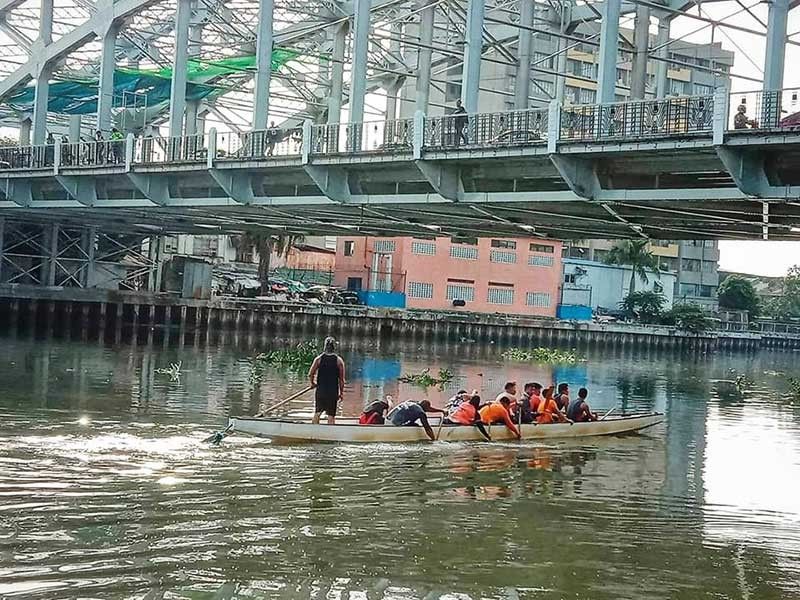 In a statement, Presidential Spokesperson Salvador Panelo said Goitia's dismissal from service was part of the President's promise to make the government free of irregularities and corrupt activities.

Panelo, however, did not cite details about the corruption issues hounding Goitia, who was appointed by Duterte in February 2017.

"The Palace announces the termination of the appointment of Mr. Jose Antonio E. Goitia as the Executive Director of the Pasig River Rehabilitation Commission," Panelo said.

"The termination is made pursuant to the President's continuing mandate to eradicate graft and corruption, and to ensure that public officials and employees conduct themselves in a manner worthy of public trust," he added.

Goitia was fired nearly two weeks after Duterte signed Executive Order 90, which transfers the co-chairmanship of PRRC to the DENR from the Department of Budget and Management (DBM).

EO 90 retains the Metro Manila Development Authority as co-chair of the commission.

The PRRC, created in January 1999 by virtue of EO 54, is an inter-agency body tasked to ensure that the Pasig River is rehabilitated to its historically pristine condition conducive for the propagation of fishes and other aquatic resources, transport, recreation and tourism.

Panelo said Goitia, following his termination from service, was advised to turn over all official documents, papers and properties in his possession to the Office of the Deputy Executive Director for Finance and Administrative Services of the Commission.

"We hope that this shall serve as another example that this Administration does not -- and will never -- tolerate corrupt practices in the bureaucracy and in public service," Panelo said. (SunStar Philippines)