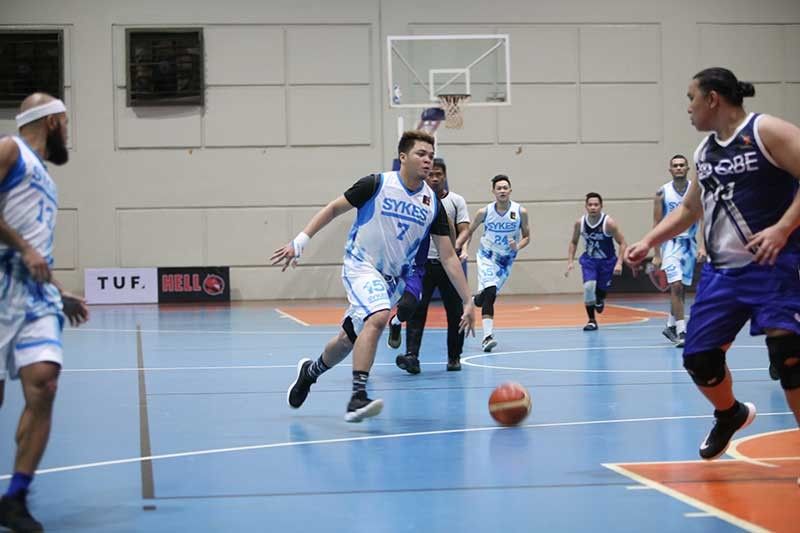 THE Sykes Pioneers tightened their grip of the top spot in the Elite Classic division as they dominated the QBE Generals, 74-60, in the Tanduay Athletics E-Leagues for Basketball Season 15 on Sunday, Sept. 8, 2019, at the City Sports Club-Cebu.

Janjan Auditor once again sparked Sykes with his fine play, this time scoring 21 points and grabbing five rebounds to push the Pioneers’ win-loss record to an immaculate 6-0. Another former Cesafi stud — Victor Rabat — also had a stellar outing as he tallied 12 points, four rebounds, four steals and three steals.

In other Elite Classic matches, the Concentrix Converters put an end to a three-game losing streak with a 69-65 win over the Fusion BPO Services Dragons. Jaime Pacquiao Jr. cashed in 20 points, eight rebounds, five assists and two steals, while Jay-R Bulangis contributed 11 markers, five rebounds and four assists as the Converters improved to 3-4 record.

The Accenture Sharks also kept in step with the league-leaders as they improved to 6-1 by slaying over the Dreamscape Lions, 82-73. Jeanne Paolo Perez led the Sharks with 21 points. Aldene Batino put up 15 points, Miguel Calo chipped in 12, while Kenneth Sy helped out with 11.

The Lions had their two-game win streak snapped as they dropped to 2-4 despite getting incredible numbers from Matthew Oche and Ralph Belarmino. Oche finished with 23 points, nine boards, two blocks, two assists and a steal, while Belarmino — nicknamed the “Lion King” — finished with 17 points, 16 rebounds, two assists, a steal and a block.

In the Evo League, the Contact Solutions Flying Lemurs remained unbeaten in six games with a 70-34 rout of the iPloy Barracudas. Bryan Vincent Estay had a stellar game with 19 points, 16 rebounds, one assist and a block.