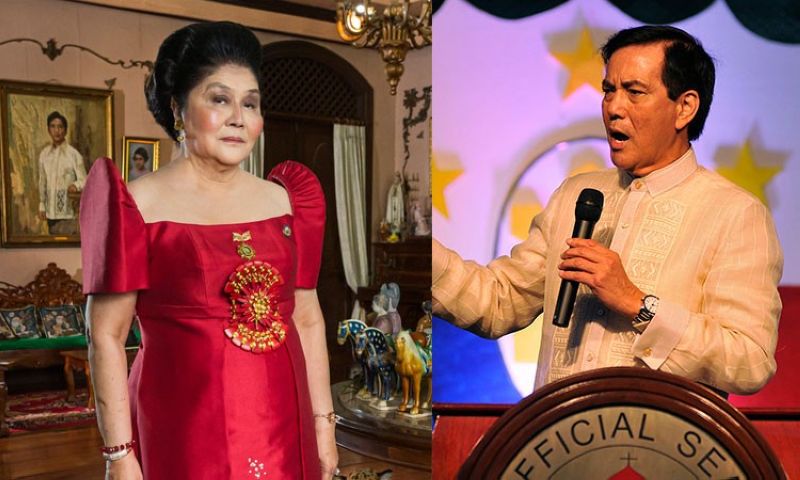 * THE IMELDA DOCUMENTARY FILM. Called "The Kingmaker," the docu movie is billed as having uncovered "the real Imelda Marcos." Filmmaker Lauen Greenfield has had "inside access" since 2014 to the former First Lady, governor and congresswoman. Among others, the film says Imelda, 90, travels everywhere with cash that she can "disperse to impoverished citizens." She is described in the film as a "generous woman on the surface, handing out money that her family had allegedly stolen from its own citizens."

Greenfield said she was "blown way to discover" that Imelda had gone back to the Philippines and become a congresswoman, and "the way she had not just survived but thrived and reinvented herself after they had been kicked out of the country."

'No danger' to consumers

The Department of Health had kept the lab results on the presence of African Swine Fever (ASF) in the country for at least five days. Its reason: the tests didn't show the variety or kind of the virus that infected our hogs.

But they released the results anyway, five days late. Critics of the DOH chief say they must have been scrambling for measures to contain the problem before confirming it.

When they did so, DOH said the two Luzon provinces where there was an outbreak had already controlled it: the hogs suspected of ASF were culled or selectively slaughtered and the carcasses buried.

Why the alarm despite the assurance of the Department of Veterinary Medicine and Fisheries that ASF in pork meat won't harm humans?

ASF kills hogs; diseased pigs infect other pigs, not people. Or so the DVMF says. The country's hog industry might be devastated, diminishing supply and making pork prices soar. Imported pork would also be dubious as suppliers in other countries could be plagued by ASF.

P.S. on "Bruce Willis": A DOH official called the ASF variety as a "Bruce Willis type" because of its supposed toughness, resisting assault of vaccines to kill it. That might still be speculation since DOH said the test results don't show the specific variety of the virus.

Cebu City Vice Mayor Mike Rama is apparently setting aside, for now, the question of a governing body controlling the Sinulog Foundation that he heads.

During the absence of Mayor Edgar Labella, when he and a large entourage visited China, Mike had been quiet about the Sinulog controversy.

He has not told the public yet about how the SF directors and officers are responding to the mayor's move.

Instead, he has publicly worried over a number of City Hall employees leaving the ceremony for the late Don Sergio Osmeña Sr. last Monday, September 9. And he has unwrapped his plan to a "Gising na, Pilipinas" campaign that will re-teach good manners and right conduct. Mayor Labella might take him up on that, send Mike all over the country to talk about GMRC, which the VM said, was the mantra of Cebu's Grand Old Man.