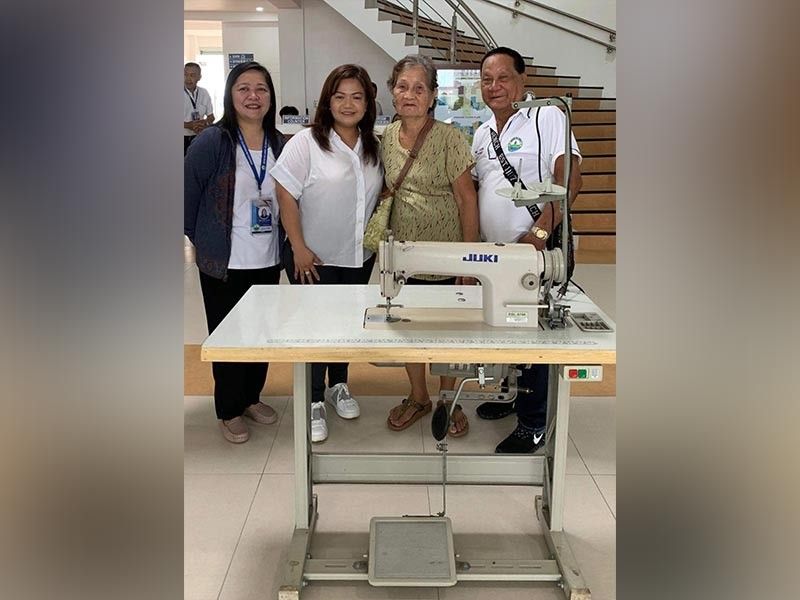 Consolacion D. Jimenez of Barangay Del Carmen was one of the recipients. She wanted to replace the old sewing machine she had been using since 1960.

The other two recipients were Anabel Rusca of San Roque Dau I, a former housemaid and a cancer patient; and Milagros Tungul of coastal barangay Bancal Sinubli, who was once the president of their village's office of senior citizens affairs.

Pineda said she had received the recipients' request for livelihood assistance from the Municipal Government and promptly asked the municipal social welfare and development office to conduct the profiling.

The profiling was intended to verify the economic status of the three beneficiaries and their families, as well as relevant trainings and skills to operate the sewing machines.

Jemalyn Leoncio of the Municipal Social Welfare Development Office then forwarded the data to the public employment services office, headed by Raquel Lugtu.

Lugtu said her office was able to refurbish three sewing machines originally awarded to beneficiaries under a program they launched with the Department of Labor and Employment. These were purchased brand new for P12,500.

"We called on the original recipients to turnover to us the sewing machines that they no longer use so we could give them to others who could make good use of them," Lugtu said.

During the awarding at the new municipal hall lobby, Pineda reminded the recipients to take good care of the equipment as these will provide for their families' needs.