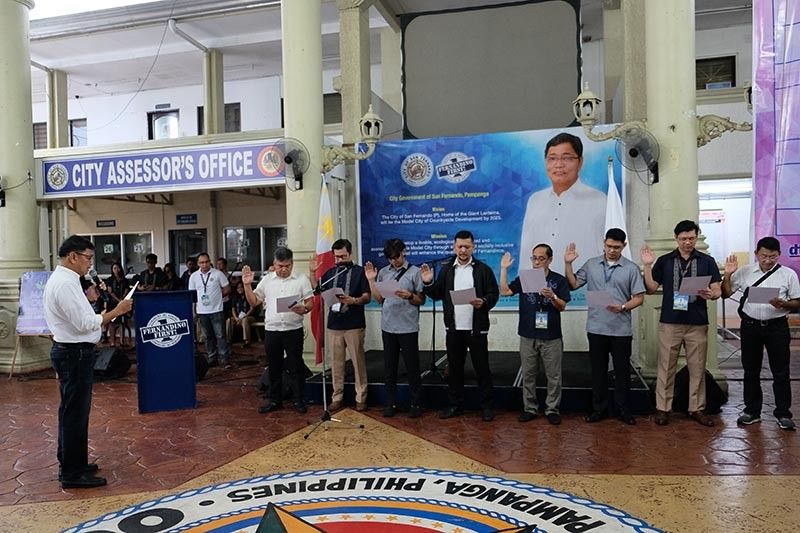 PAMPANGA. Mayor Edwin Santiago leads the oathtaking of the first set of officers of the all-men organization dubbed "Men Opposed to VAW Everywhere" or Move headed by their president Noel Tungol during the launching of Women's week on Monday, September 9, 2019. (City of San Fernando-CIO)

CITY OF SAN FERNANDO -- The strong move to address and eliminate violence against women and their children (VAWC) takes a new form as an all-men group was formed to boost the fight for women's rights and gender equality.

On Monday, September 9, during the launch of Women's Week, officers of the "Men Opposed to VAW Everywhere" (Move) were sworn into office by Mayor Edwin Santiago.

Santiago congratulated the officers for having been entrusted with the votes of their members.

He also challenged them to take part in monitoring and protecting the rights not only of women, but also of other genders in society in support of the city's continuous mechanisms to promote gender equality.

"We strive to make governance gender-responsive through the implementation of programs and policies that enable the participation of the entire community and all sectors," he said.

Meanwhile, other officers of women's groups also took their oath of office.