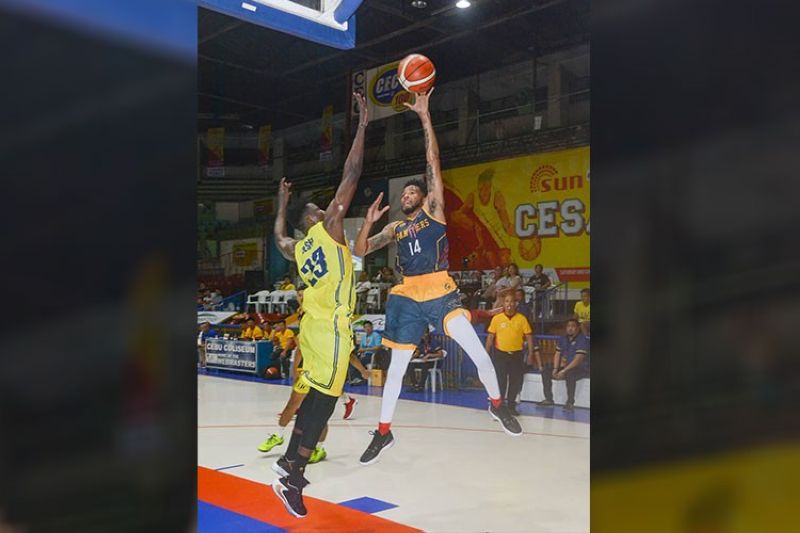 THE University of Southern Philippines (USPF) Panthers outlasted the University of Cebu (UC) Webmasters late in the fourth period to come away with a hard-earned 78-72 victory in the 2019 Cesafi men’s basketball tournament on Tuesday, September 10, 2019, at the Cebu Coliseum.

Guard Neon Chavez sparked an uprising early in the fourth, hitting three straight three-pointers in a 16-5 salvo that turned a 49-54 deficit into a 65-59 lead with 7:02 to go.

Then, with the Webmasters breathing down the Panthers’ neck, 72-74, American wingman Sameen Swint canned a crucial three-pointer from the corner to raise their lead to five, 77-72, with 1:02 to go.

USPF then held their ground, forcing UC’s Paul Galinato and Luigi Gabisan into misses from beyond the arc. RR Cauba also blocked Shane Menina’s fastbreak attempt to help seal the win for the Panthers and even their record up at 1-1.

Swint finished the game with 30 points and six rebounds, while Chavez had 19 points, three assists and three steals.