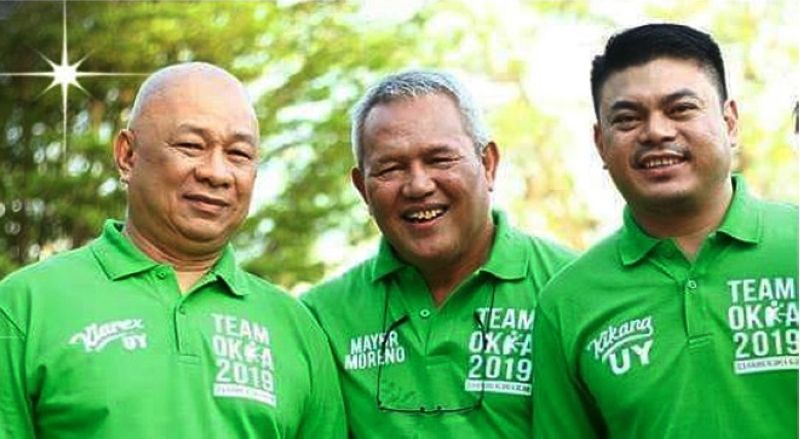 CAGAYAN de Oro City Mayor Oscar Moreno wants incumbent First District Representative Rolando "Klarex" Uy to be the next mayor in 2022, as he prepares to step down after completing his third term.

During the launching of Oro Kalimpyo 2019 on Monday, September 9, Moreno, who was in front of village chiefs, said he wants the reforms he made in his nine-year stint be sustained by his successor.

(After this, I will no longer be mayor. I will go home to Balingasag. That's why I want to establish a system that will be sustained by my successor.)

(Especially of Klarex Uy will run for mayor, so the programs will be sustained. If you choose a wrong person, what happened in Misamis Oriental might happen in Cagayan de Oro.)

Asked for reaction, City Vice Mayor Raineir Joaquin Uy said he "always supports the mayor," but added he still does not know the plan of the group in 2022.

(As to my running mate, I don't know yet. For now, I will focus first on my work. The election is still far.)

But Uy said he has no plans of running for another position, pointing out that he intends to finish his third term as vice-mayor.