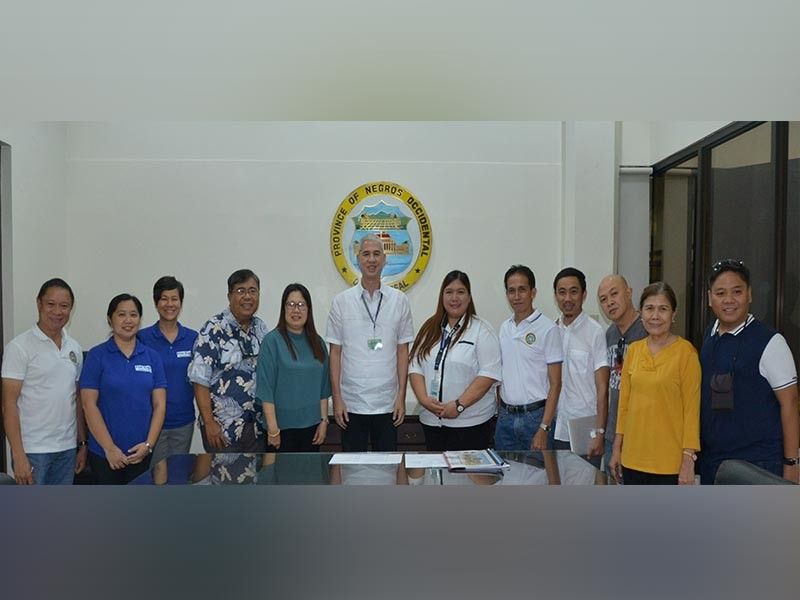 THE Bureau of Fisheries and Aquatic Resources (BFAR) in Western Visayas has tapped the help of the Provincial Government of Negros Occidental for a stronger implementation of closed fishing season in the Visayan Sea.

BFAR-Western Visayas Director Remia Aparri, in a meeting with Governor Eugenio Jose Lacson at the Provincial Capitol in Bacolod City on Monday, September 9, presented that issues on illegal fishing in the region are still recurring.

Aparri said though not really rampant, there are still illegal fishing activities like dynamite fishing and intrusion in the municipal waters even during the fishing ban period.

"We asked his (Lacson) help especially in ensuring strict implementation of the closed fishing season among local government units (LGUs) in Negros Occidental," she said, adding the governor should push for stronger implementation among local officials in the province.

The three-month closed fishing season at the Visayan Sea will start on November 15 this year until February 15, 2019.

Mandated by the Fisheries Administrative Order 167-3, it is the agency's annual measure to allow the spawning of sardines, herrings, and mackerels in the Visayan Sea.

It prohibits the catching, killing, selling or possession of sexually-mature sardines, herrings and mackerels or their larvae, fry or young known locally as "lupoy," "silinyasi," linatsay" or "manansi" in the portion of the Visayan Sea and adjoining waters enclosed by line drawn through following points and coastlines.

Aparri said the BFAR has been effective in its implementation of the fishing in the previous years, especially in the monitoring, control and surveillance.

The regional director said the closed fishing season has resulted in a "little" increase in production of fish products.

"If not higher, at least we were able to maintain the production," Aparri said, adding that "it can still be maximized."

Using its stock assessment data, BFAR-Western Visayas found out that it cannot attain the desired increase in production because when it is already open for fishing, there are still many juveniles.

"We are working on it already," she added.

The BFAR, through the closed fishing season, targets to increase the fish production at the Visayan Sea by at least 20 percent.

For Western Visayas alone, the annual production is pegged at almost 400,000 metric tons.

Recognizing the big help of LGUs in the implementation of the measure, Aparri said it will no longer be spearheaded alone by the agency.

Rather, it will be participated by LGUs which will be engaged both in the information dissemination as well as in monitoring, control and surveillance.

Aparri said it was more of the hard approach before.

"But this time, I was telling the governor that the implementation of the closed fishing season, though it is a national law, it requires more participation and implementation on the local level," she added.

Meanwhile, a P6,000 fine, imprisonment of six months to six years depending on the gravity of the offense, and forfeiture of the catch and cancellation of fishing permits or license await violators of the fishing ban.

The regional director earlier told SunStar Bacolod that the Visayan Sea is the center of marine biodiversity in the coral triangle.

The fish ban contributes to the protection and conservation of the country's marine resources, she said.