Ruby MassKara will be a festival ‘like no other’ 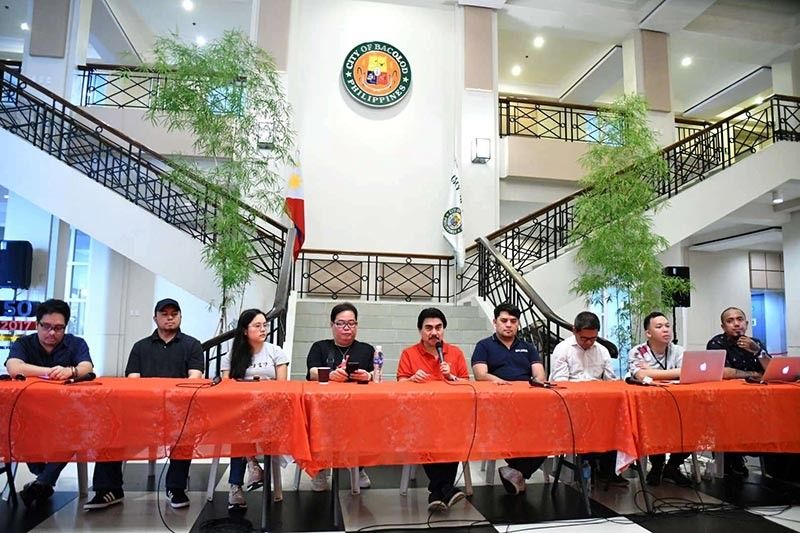 THE 2019 MassKara Festival, which is the 40th year or ruby anniversary of the festival, will be a celebration “like no other,” according to Bacolod Mayor Evelio Leonardia.

“One thing that will distinguish this year’s MassKara from the rest (of the edition) is that this is a MassKara like no other, even if we just simply think in terms of its being 40 years,” Leonardia said during the festival’s launch at the Bacolod City Government Center lobby Sunday [Sept. 8].

Highlighting the ruby anniversary of the world-famous festival, the mayor added: “This is a milestone - no doubt about that. From the viewpoint of this administration, it has seen how MassKara metamorphosed into what it is today. We’re looking forward to a MassKara like no other,” Leonardia said.

This year’s MassKara Festival, slated Oct. 8 to 27, is themed, “Bacolod, City of Smiles.”

During the launch, Leonardia led the switching on of a countdown clock for the MassKara opening.

The 2019 MassKara is also poised to appeal to the younger generation of revelers.

“That the creative team is composed of very young people is an acknowledgement of the fact that MassKara Festival has to move on, on the blood of our new generation,” Tajanlangit said.

The festival director presented the creative team of this year’s festival: digital artist Mark Lester Jarmin, who created the 2019 logo; Ryan Saez, director of Electric MassKara; Sonny Cabahug, pageant director of the Search for the Ruby MassKara Queen; multi-media artist RJ Lacson, who is putting together the Ruby MassKara art installation, and filmmaker Claudia Cojuangco, who is doing a documentary about MassKara dancers.

Meanwhile, Leonardia added: “When I came back as mayor in 2004, it was the Silver MassKara [Festival Organization]. From that time on, from 25 years old to 40 years old, ara man kami gyapon...[We can see that] MassKara is now a full-grown international material.”

The mayor further said: “Of course there is excitement because of the mere fact nga ma forty na ‘ta and kon sa tawo pa [we’re turning forty and for us], ‘Life begins at forty’. This is probably the best time to also re-launch our image as the ‘City of Smiles’.”

“Some people would tell me our smile is just different... Let’s take advantage of this,” he added.

The Ruby MassKara logo created by Jarmin features “Yuhom,” the MassKara icon dressed up as a festival dancer. In Hiligaynon, “Yuhom” means “smile.”

The 2019 festival logo also retained some of the elements in the first festival logo designed by Ely Santiago ·the red elements and the text “MassKara.”

Yuhom also wears a mask with 40 colorful feathers, symbolizing the 40 years of MassKara, a crown with a ruby gem, and eight diamond studs representing Bacolod’s eight decades of being a city. (PR)