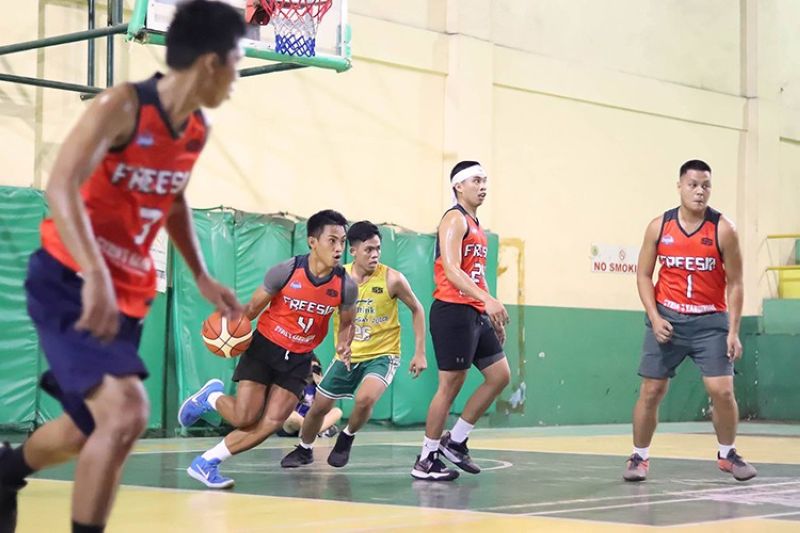 LEADER. Freeasia/Cyria’s Kandingan guard Mikoh Pahugot looks to push the ball up in their game against VDrink in the CPBL ARQ Builders Cup. (Contributed photo)

Mikoh Pahugot came away with 17 points, three rebounds, four assists and four steals to help Freeasia/Cyria’s Kandingan sit on top of Group A with a 3-0 win-loss record.

In other games, the Vipers captured two straight wins last weekend to improve to 2-1 in Group C. They first defeated the 15 Strong, 69-65, behind the 16 points of Harry Lingad before routing FastAds, 74-46, with Gil Divinagracia tallying 20 points, three assists and two steals.

Sevenfold Cleaning System also captured its first win in three tries after beating the Walkers, 74-58. Former Cebu Institute of Technology-University standout Anthony Lucena almost had a double-double with 11 points and nine assists to go with four rebounds and two steals.

And finally, the Walkers notched their first win of the season after they ran past the Wolves, 80-71. Former University of Cebu center Peter Codilla had 20 points, eight rebounds, three assists and two blocks to push the Walkers to the win. (JNP)