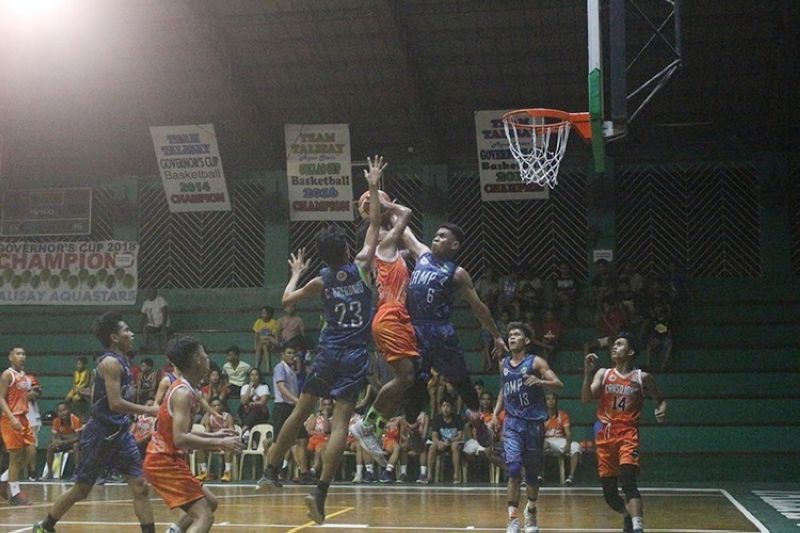 AERIAL CLASH. Players from Camp 4 and Cansojong battle near the rim in the Talisay Mayor’s Cup. (Contributed photo)

BULACAO racked up its second win in a row after it edged Lawaan 1, 82-79, in the Juniors division of the Talisay Mayor’s Cup 2019 Inter-Barangay Basketball Tournament on Sept. 9, 2019, at the Talisay City Sports Complex.

Ken Camangga finished with 18 points for Lawaan 1, which dropped its second game in a row.

The loss spoiled yet another spectacular performance by Mohon’s ace guard Keaton Taburnal who had a whopping 40 points and six steals. However, it wasn’t enough to keep Mohon from falling to 1-2.

In the Seniors division, Manipis logged its first win with an 87-78 victory over San Roque. Khim Caballero starred for Manipis in the win with 29 points and nine boards.