Duterte on Isko Moreno: He’s better than me 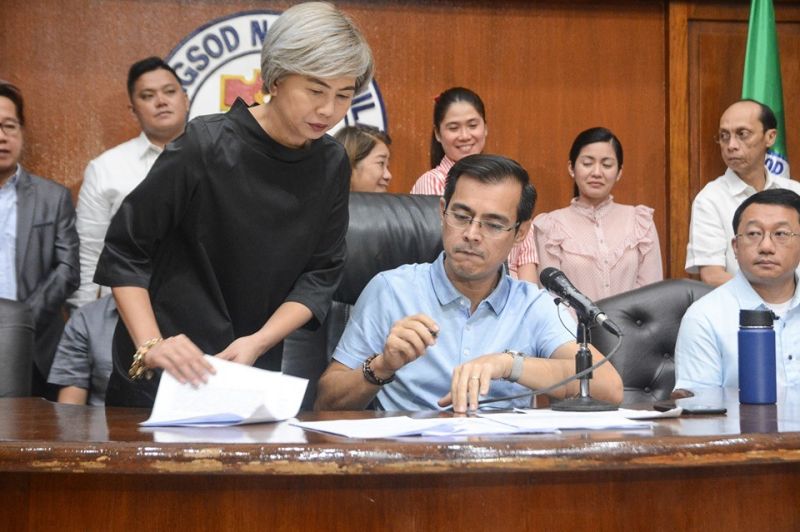 In an interview with Palace reporters, Duterte said he admires Moreno because of the latter's achievements since assuming the top post in Manila in July.

"May nakita ko na mas mahusay ang resolve niya kaysa akin. Plus two ako sa kanya (I see that his resolve is more admirable than mine. He has two points for me)," he added.

Prior to being elected as mayor of Manila in the May 2019 elections, Moreno served in the Duterte government as North Luzon Railways board member in July 2017 and Social Welfare undersecretary in May 2018.

In October 2018, Moreno resigned as Social Welfare undersecretary to pursue his mayoralty bid.

Moreno has been praised for clearing up Manila's busy streets and cleaning up monuments and parks, restoring the city’s cultural heritage.

Moreno cleared the streets of vendors and obstructions even before Duterte gave the order to all local governments in his 2019 State of the Nation Address.

The Manila mayor has also been active in stopping unlawful activities in the country's capital.

He has been updating the public about his activities through his social media accounts and regular press conferences.

Moreno's achievements have also impressed the public, prompting comparison with the President.

In response to Duterte's remarks, Moreno said the President, whom he dubbed as "one of his inspirations," has played a significant role in his decisive leadership.

"Thank you for the kind words, Mr. President, but to be really honest, isa po kayo sa mga naging inspirasyon ko sa kung ano mang klase ng liderato na meron kami (you are on of my inspirations to pursue such kind of leadership)," he said.

"So we owe it to you Mr. President, for inspiring us and for becoming a good example to all of us," Moreno added. (SunStar Philippines)