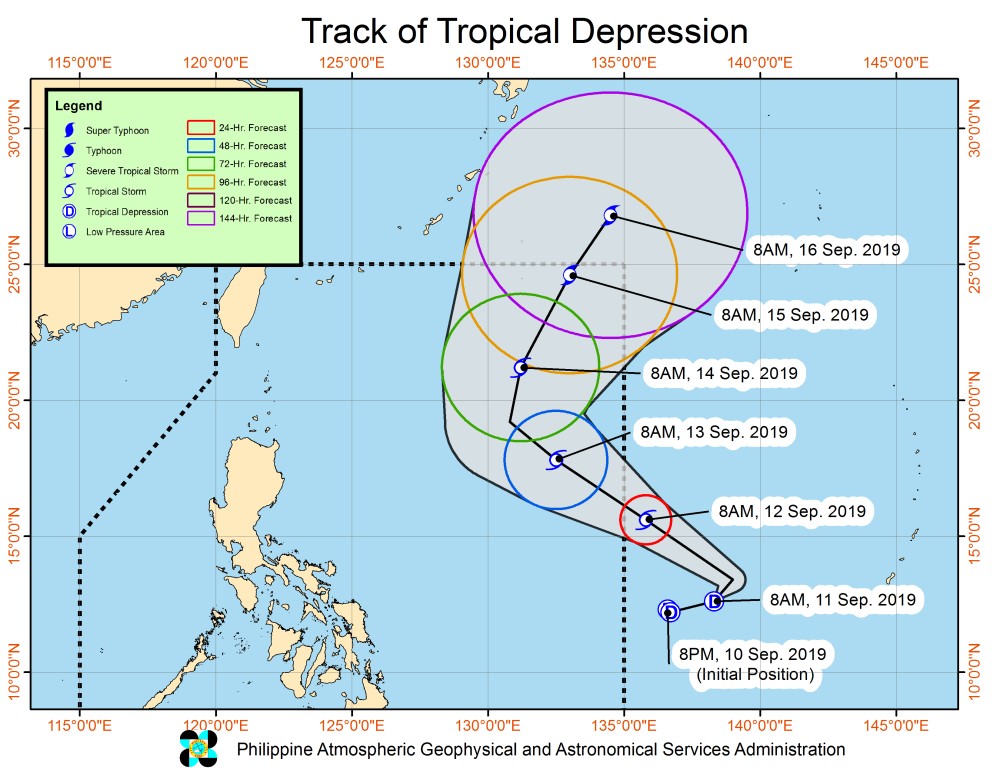 In an advisory issued at 2 a.m. Wednesday, September 11, Pagasa said the tropical depression is expected to enter the Philippine area of responsibility (PAR) within 48 hours and will be named "Marilyn."

The tropical depression has maximum sustained winds of 55 kilometers per hour (km/h) near the center and gusts of up to 70 km/h. It is moving east northeast at 15 km/h, but is not likely to make landfall in any part of the country.

The trough of the tropical depression will bring scattered rainshowers over some parts of the east coast, especially Eastern Visayas, Bicol Region, and some parts of Quezon and Aurora.

Pagasa has advised the public and the concerned disaster risk reduction and management council to monitor for updates. (EZN/SunStar Philippines)