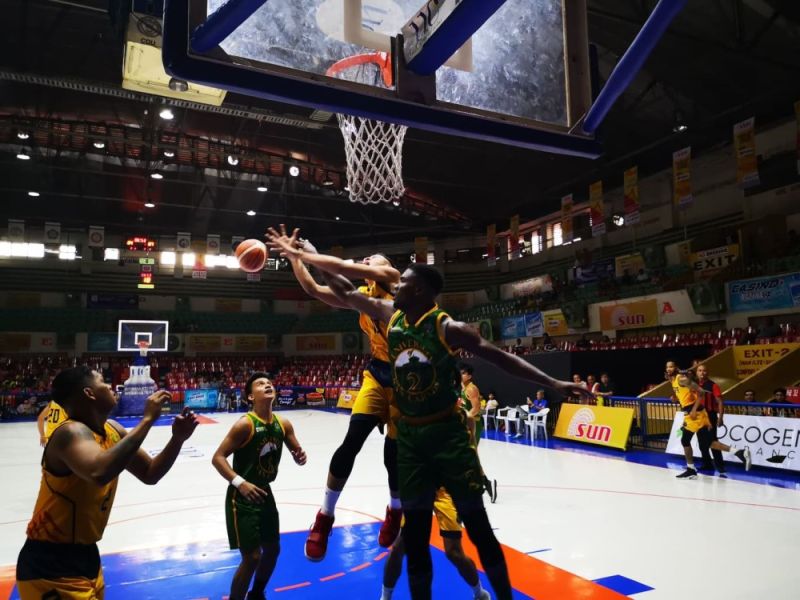 USC's Sommy Managor, seen here battling the USPF Panthers, will be tasked with leading the Warriors against the UV Green Lancers. (Photo by Jonas Panerio) 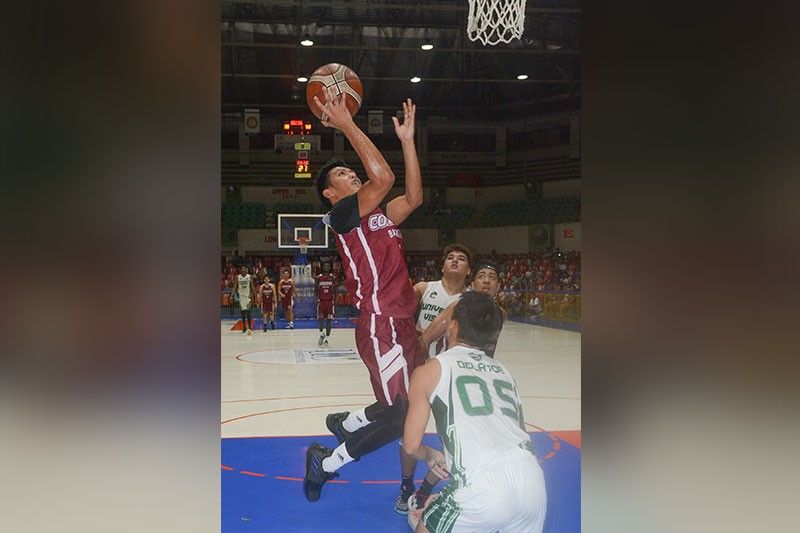 REDEMPTION SONG. After being swept by Southwestern University in the Partners Cup finals, Jancorck Cabahug (center) and Gileant Delator (right) of the University of the Visayas are hoping for a better outcome in the regular season. (SunStar File Photo)

THE three-time defending champions University of the Visayas Green (UV) Lancers finally take the court on Thursday, Sept. 12, 2019, when they take on the University of San Carlos (USC) Warriors in the 2019 Cesafi men’s basketball tournament at the Cebu Coliseum.

According to UV head coach Gary Cortes, the Green Lancers are ready to defend their title as they have really made the most out of the ample preparation time that they have been afforded.

With a team filled with a mix of veteran players and untested rookies, UV is raring to find out what combinations would work especially against a USC squad that already have a win tucked in their pocket this season.

“The Lancers have old and new faces and all are ready to play and challenge all the Cesafi teams,” said Cortes, referring to his team that will be led by the likes of veteran guards Sheldon Gahi and Gileant Delator, forwards Jancork Cabahug, Michael Maestre and Melvin Butohan, and foreign student-athlete Lass Coulibaly from the Ivory Coast.

USC, on the other hand, remains focused on fine-tuning their play even after winning over the University of Southern Philippines Foundation Panthers in overtime, 80-75, last time out.

“We will try our best to win the game. We’ve really prepared well for this game,” Abad added.

The Warriors’ attack will once again be spearheaded by Nigerian forward Sommy Managor who scored 28 points against the Panthers. However, USC will be missing the services of starting forward Roosvelt Jelliangao, who is serving a one-game suspension after he got ejected from the game against USPF. (JNP)