Anti-discrimination bill, not SOGIE, will be certified as urgent 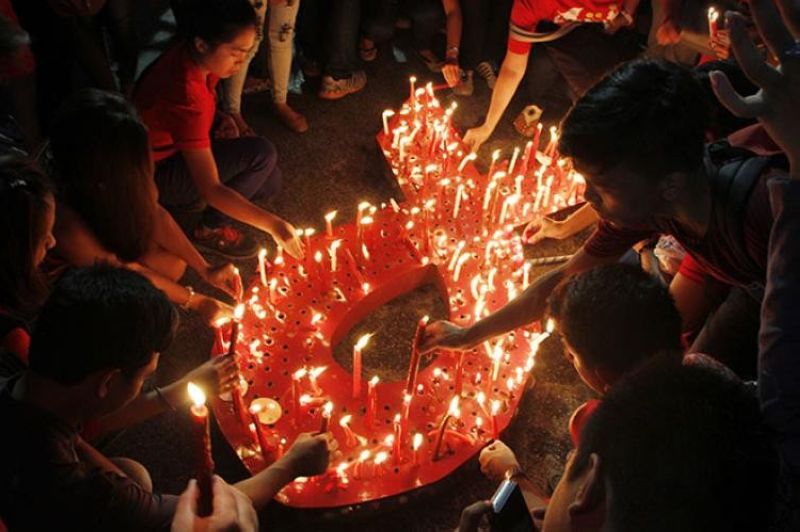 In this file photo, protesters light candles to protest the discrimination against people living with HIV. (File Photo)

MALACAÑANG clarified Wednesday, September 11, that President Rodrigo Duterte will certify as urgent the anti-discrimination bill, not the Sexual Orientation and Gender Identity or Expression (SOGIE) bill.

Presidential Spokesperson Salvador Panelo issued the clarification a day after the President said he would certify the SOGIE bill as urgent.

"Actually what he meant was an Anti-Discrimination law or bill, not the SOGIE bill. Not that one," the Palace official said in a television interview.

On Tuesday, September 10, the President said he would sign the SOGIE bill to make members of the lesbian, gay, bisexual, transgender and queer (LGBTQ) community "happy."

Duterte acknowledged that LGBTQ members are experiencing discriminination in the country.

"Yes, whatever would make the mechanism.. [if that's] what would make them happy" he told Palace reporters, when asked if he would certify the SOGIE bill as urgent.

"Pilipino rin ito (They are also Filipinos). You might not like them but they are Filipinos," he added, referring to the LGBTQ community.

Askef if Duterte would still certify the SOGIE bill as urgent, Panelo said: "I don't think so."

The President was not inclined to push for a measure that is focused on a "particular class," as he wanted a law that will benefit all Filipinos, Panelo said in a television interview.

Panelo also stressed that the anti-discrimination bill would serve as an "enlarged version of whatever bill you have in mind," including the proposed SOGIE measure.