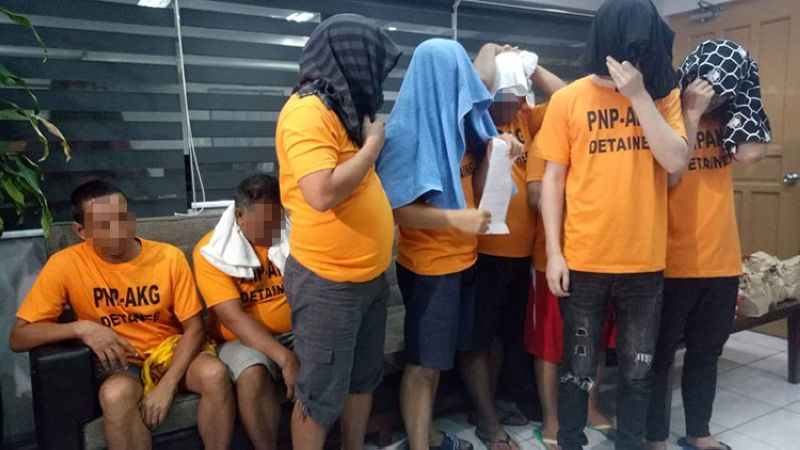 MANILA. The suspects in two separate casino-related kidnapping are presented during a press conference on Wednesday, September 11, 2019. (Photo by Third Anne Peralta-Malonzo/SunStar Philippines) 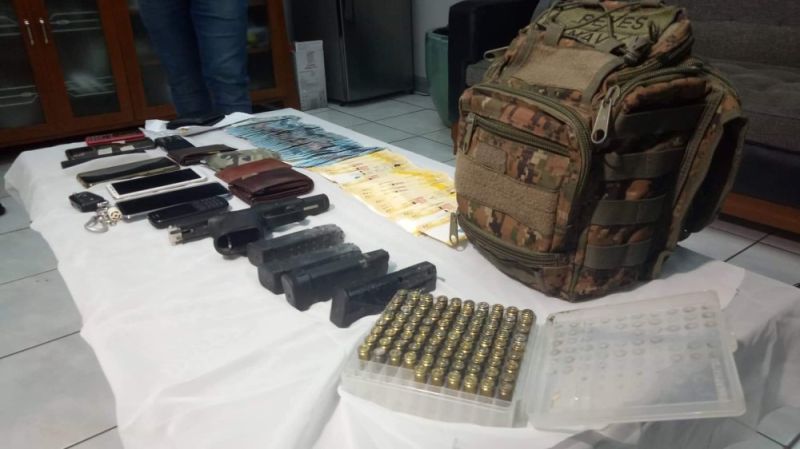 MANILA. The Anti-Kidnapping Group presents the items seized from the suspects during their arrest. (Photo by Third Anne Peralta-Malonzo/SunStar Philippines)

Santos was taken near his residence in Quezon City while Bangug was abducted in a hotel-casino in Parañaque.

Aside from Culala, other suspects who were arrested were Reynaldo Parolina, 41; Rico Castillo, 45; Nathaniel Aragon, 35; Christopher Bagro, 38, and Francis Reyes, 41.

Cereno said the suspects gave Santos and Bangug until 5 p.m. of September 5 to pay the P2 million that they supposedly borrowed from Culala.

The Santos family reported the incident to the AKG and decided to give a land title as collateral.

Police arrested Reyes, Castillo, Aragon and Bagro after they received the land title inside a coffee shop in Parañaque City.

While the suspects were being transported to the AKG office in Camp Crame, one of them received a call from Culala asking if they have already gotten the "payment".

This prompted the police to launch another operation that resulted in the arrest of Garcia and Culala.

In an interview with reporters, Santos admitted that Culala “invested” P2 million in their buy-and-sell business but they lost the money after gambling in the casino.

Recovered from the suspects was a Glock 23 cal. 40 pistol.

The suspects will be charged with kidnapping for ransom with serious illegal detention and illegal possession of firearms.

On September 9, AKG operatives arrested Chinese nationals Deng Shiwu, 30 and Ou Jiamin, 28 after they abducted and detained two fellow countrymen identified as Li Ning and Yang Yang in another cased of casino-gambling-debt kidnapping.

Li and Yang allegedly failed to pay back the money that they borrowed to play in the casino.

Since 2017, the PNP-AKG has recorded 54 cases of casino-related kidnappings wherein almost all of the suspects and victims are Chinese.

The group also arrested and filed cases against more than 120 Chinese. (SunStar Philippines)