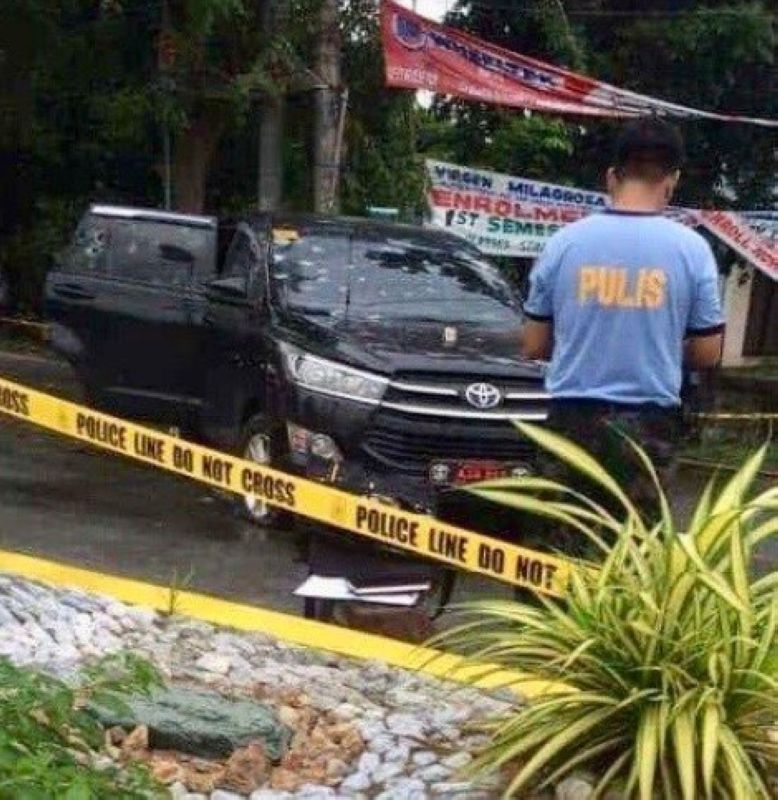 Gordon, who is chairman of the Philippine Red Cross, said Espino "is now fighting for his life in a hospital in Pangasinan."

Police Colonel Red Maranan, director of the Pangasinan Police Provincial Office, said two of Espino's bodyguards were killed and two others were wounded.

Gordon, on the other hand, said in his Twitter post that all of Espino's five bodyguards were killed as they "heroically shielded Espino with their bodies".

We just learned that former governor and Cong. of Pangasinan Amado Espino, Jr. has just been ambushed and is now fighting for his life in a hospital in Pangasinan. All 5 of his bodyguards heroically shielded Espino with their bodies and they all perished. pic.twitter.com/FLegWL6Pp2

A report by the Police Regional Office in Ilocos said the shooting incident occurred at 4:30 p.m. in Magtaking, San Carlos City, Pangasinan. Espino was onboard his vehicle when unidentified perpetrators shot him.

According to Gordon, the victims were all riding a Toyota Innova vehicle with no back-up.

"This is completely unacceptable in this day and age, yet it happens with impunity. The police should be able to track down the perpetrators if they act fast," Gordon stated.

"I call on PNP Chief (Oscar) Albayalde to mobilize all police forces to track down the killers and bring them to justice," he added.

Ilocos Police said they have launched a dragnet operation to find the perpetrator.

Espino served as governor of Pangasinan. He also represented the 5th district of Pangasinan in the 17th Congress. (MVI/JNC/TPM/SunStar Philippines)
< Previous PageNext Page >