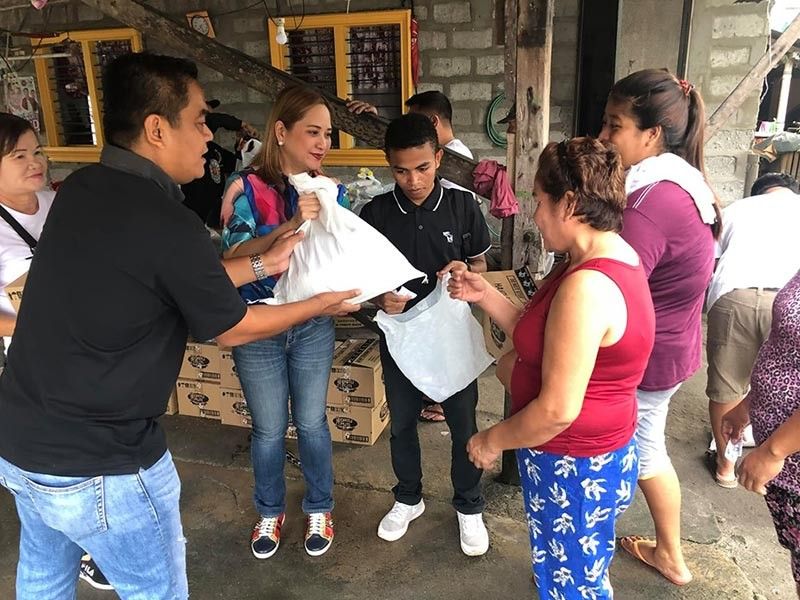 BOARD Member Fritzie David-Dizon led the gift-giving program at the SAUP Project in Barangay Cangatba in Porac, mindful of how their late father, Mayor Roy David, had a soft spot for the people of the said community.

The project is done yearly every September 8 during the birthday of the former three-term mayor. David married the late Edna de Ausen, who also figured prominently in local politics.

David-Dizon and her siblings had kept and nurtured their yearly tradition after the former mayor died on August 8, 2002.

"We do it to honor my father and mother. Our parents' dedication to public service is immense," said David-Dizon, who was a former councilor of Porac.

Her mother also served as former Pampanga acting governor. Their father was a former town councilor and was appointed mayor in 1986 shortly after Edsa People's Power Revolution. Residents of SAUP expressed gratitude to the David family for giving a "lasting gift."

David-Dizon thanked Governor Dennis Pineda for the support and Barangay Captain Rico Lusung for the participation of the local barangay.

Mayor David and his wife gave the 1.5 hectares of land in Cangatba to the residents in SAUP. There are now some 250 families living in SAUP located in front of the family's estate in Cangatba.

His family had donated several hectares of lands to poor and homeless residents not just in Porac but at nearby Sta. Rita town and in Bataan province.

The generosity of the David clan also extended to other towns. The property where the public high school in Barangay San Basilio now stands in Sta. Rita town was donated by the Davids. The former mayor was a native of San Basilio.

Currently, there are four SAUP projects in Porac. The lands on the four projects are owned by the Davids. David and David-Dizon formally turned over lands to SAUP residents before the May 2016 elections.