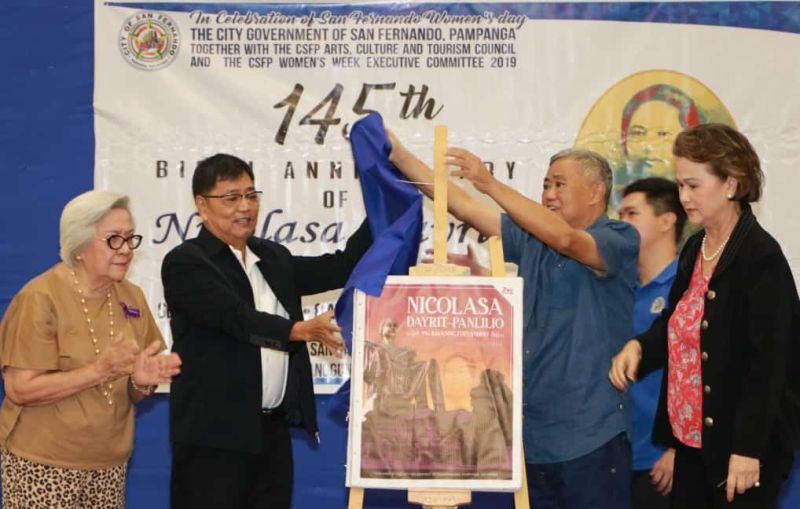 The book depicts her life story and role during the Philippine American War, which includes helping to minister the sick and wounded Filipino combatants, as well as appeasing General Antonio Luna during his confrontation with General Tomas Mascardo.

The book launch is part of the commemoration of the 145th birth anniversary of Dayrit-Panlilio. The activity is also in line with the city's annual observation of Women's Week every September, which is different from the International Women's Month celebration held every March.

Mayor Edwin Santiago said the local celebration of Women's Week is a testament of the city's regard to the roles and sacrifices of not only Dayrit-Panlilio, but also of Fernandinas in the community.

"We are the only city that celebrates two Women's Day in a year, one in March and today, which is the birth anniversary of our local heroine, Nicolasa Dayrit-Panlilio. We wanted to pay tribute to all her sacrifices for the country by ensuring that it will always be remembered by the community, especially the youth," he said.

Santiago also reminded Fernandinas and women in general to maximize their roles in the community, and exercise their rights as empowered members of society.

"Your role must not be limited to being an 'ilaw ng tahanan' in your family, rather develop your respective careers and take part in providing growth and in the maintenance of peace and order in the city," he said.