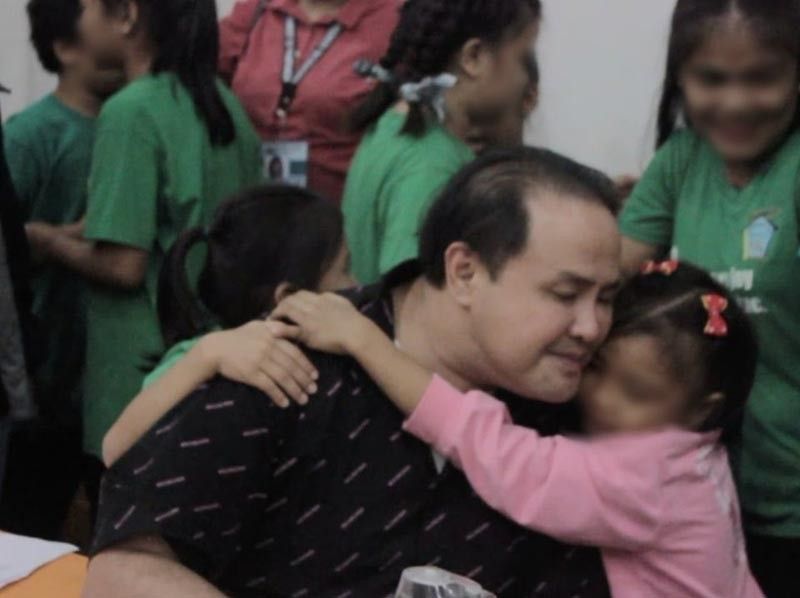 PAMPANGA. Orphans from Children's Joy Foundation thank and hug Governor Dennis Pineda for the cash assistance given to them on Monday, September 9, 2019. (Contributed photo)

GOVERNOR Dennis Pineda vowed on Monday, September 9, to care for the welfare of orphaned children in Pampanga.

"These children need good support and education for their future," he said, as 13 orphans from the Children's Joy Foundation (CJFInc) visited him at Capitol on September 9.

Elizabeth Baybayan, head of Provincial Social Welfare and Development Office (PSWDO), said the governor is really concerned of the education of the vulnerable children.

"Governor Delta cares about their education. In fact, the Provincial Government of Pampanga has an existing memorandum of agreement with CJFInc which is aimed at providing support for the needs of the children," Baybayan added.

She said Pineda wants the orphaned and abandoned children to pursue and finish their college education and strive hard for their ambitions.

"Huwag silang mag-alala, dahil hindi sila pababayaan at tuloy-tuloy lang ang suportang ibibigay ni governor sa kanila (They should not worry as governor will continue to support them)," she said.

She said Pineda also wants to give joy and transform the lives of the neglected and disadvantaged children.

Pineda also awarded cash assistance to the 13 children of the CJFInc. The children were overjoyed as they received the assistance given by the governor himself.

Aside from the cash assistance, the foundation is also receiving monthly food subsidy from the Provincial Government.

CJFInc is a non-government organization serving orphaned and abandoned children based in the City of San Fernando. (PR)